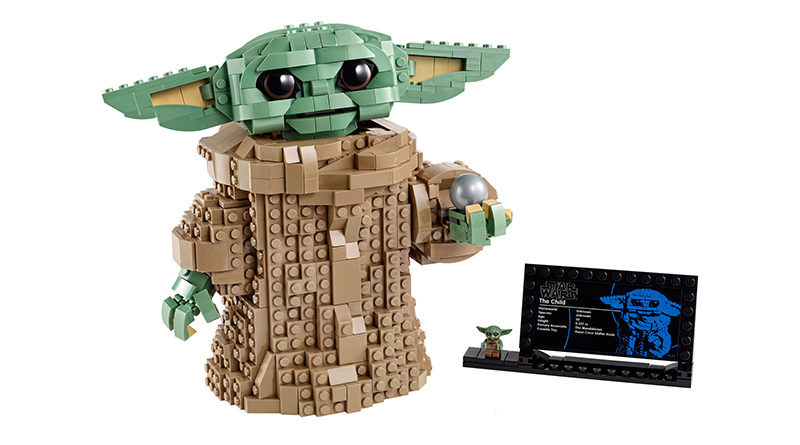 While the set has already turned up in a Luxembourg toy shop, LEGO Star Wars 75318 The Child has now arrived in the USA and Canada. The Holo-Brick Archives reports that the set has been found by collectors in a Target store in New Hampshire and a Toys R Us in Ontario.

Brick Fanatics first shared word of this Baby Yoda set, LEGO Star Wars 75318 The Child, back in June. For those who don’t want to go driving from store to store in hope of finding the most valuable asset in the galaxy, the set is available for everyone to pre-order from LEGO.com.

“When I received the challenge to create a LEGO brick-built version of the Child, I knew that I had to get it just right,” said Michael Lee Stockwell, Design Manager, LEGO Star Wars, when the set was announced. “The goal was to capture the charm, and above all, the cuteness of the character, so we worked meticulously, choosing and placing each and every brick. We even included authentic details like the gearstick knob – a favourite toy of the Child as seen in the series.”

75318 The Child is 21cm from ear to ear and 19cm tall. Like 75255 Yoda, it will be a central fram with sections then clipped to the side using SNOT technique. 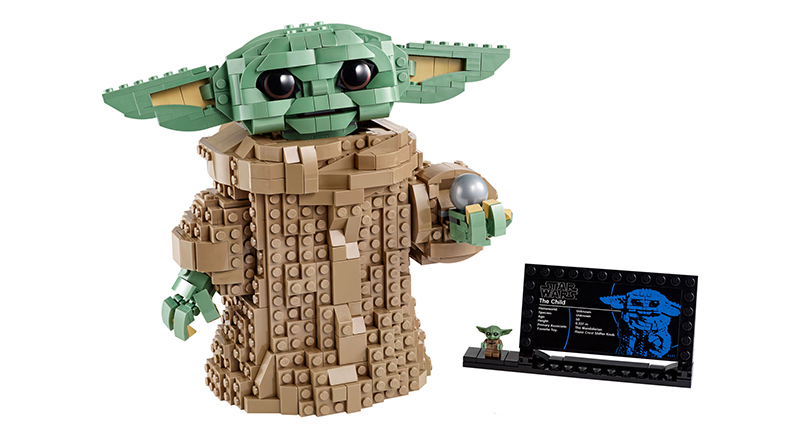