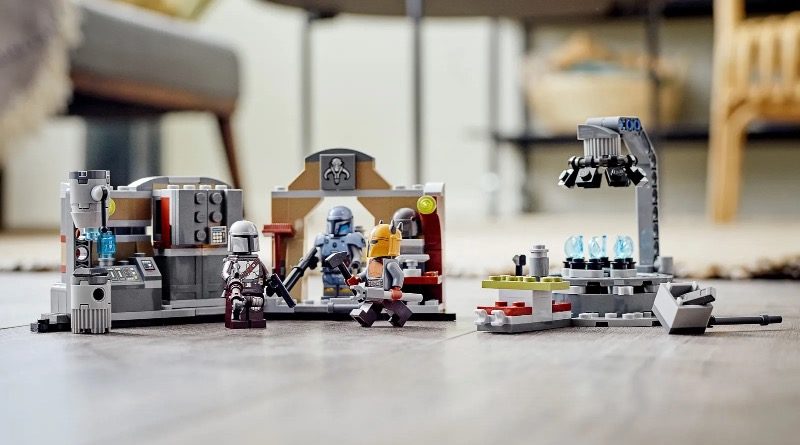 The LEGO Group has now officially revealed LEGO Star Wars 75319 The Armorer’s Mandalorian Forge, including its price and release date.

Confirmed by the company’s building instructions portal earlier today, the 258-piece set will retail for $29.99 in the US, where it’s currently listed at LEGO.com. The product page hasn’t been uploaded in other territories yet, but based on other recent $30 sets – including 76200 Bro Thor’s New Asgard – expect a price tag of £27.99 in the UK and €29.99 in Europe.

Unlike the rest of the LEGO Star Wars summer wave, which will launch worldwide on Sunday, August 1, 75319 The Armorer’s Mandalorian Forge won’t be available to purchase until September 1. Good for spreading out your LEGO Star Wars budget, but bad for getting your hands on new Mando minifigures as soon as possible.

You’re going to want these minifigures, too, because – as previously revealed in the instruction manual for 75314 The Bad Batch Attack Shuttle – they include two never-before-seen characters, the eponymous Armorer (who forges Mando’s Beskar armour in the show’s first season) and Paz Vizsla. You’ll also get another Beskar Mando, this time complete with the jetpack he’s long been missing in other sets.

We’ll confirm international pricing for 75319 The Armorer’s Mandalorian Forge as soon as we can. In the meantime, get ready for a fresh wave of The Mandalorian, The Clone Wars and The Bad Batch sets launching in just two days.