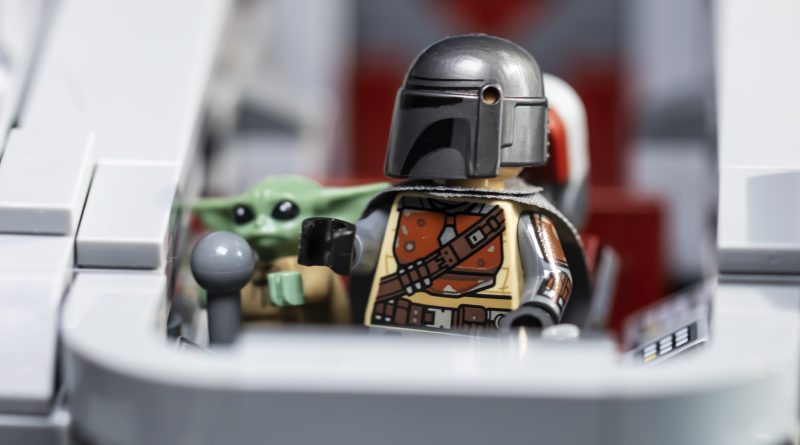 With 75331 The Razor Crest, the LEGO Star Wars design team has once again managed to deliver an incredibly accurate recreation of an iconic ship, one that’s packed with details, features and fan-favourite moments. The massive 6,187-piece set may be a pricey purchase, but it certainly delivers on the promise of what an Ultimate Collector Series set can be.

Of course, as we’re talking about a LEGO model, the designers probably couldn’t help but add in a few whimsical items here and there. This includes the eggs that the Frog Lady was transporting in Chapter 5: The Gunslinger and stickered recreations of two hapless bounties now frozen in carbonite.

In addition, a small yellow and black stickered tile located on top of The Mandalorian’s weapons locker contains a hidden message. Written in Aurebesh (the in-universe written language of Star Wars), the text reads, ‘Child on board.’ This is in fact a tongue-in-cheek nod to similar stickers that appear in the back of real vehicles carrying children that proudly state, ‘Baby on board.’ It’s a nice touch and one that also manages to hint at the unique parent/child relationship between Din Djarin and Grogu that’s at the heart of the Disney+ series.