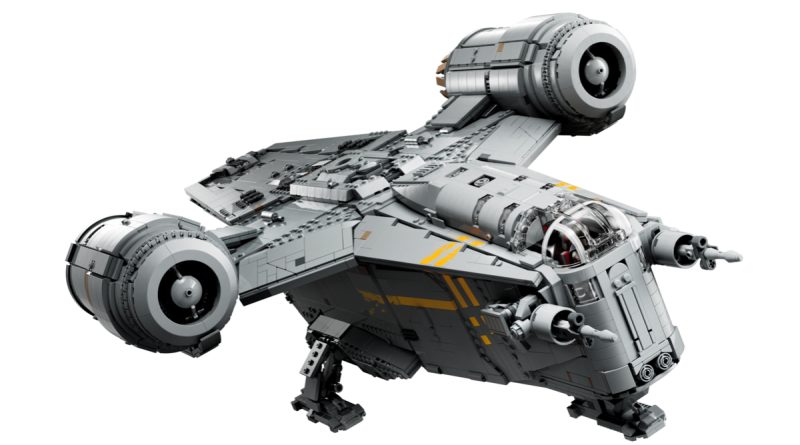 Settle down in front of your computer or tablet, and watch our review of 75331 The Razor Crest, the latest LEGO Star Wars UCS set.

A new LEGO Star Wars Ultimate Collector Series set is always something of an event. We’ve already shown you the set being delivered and unboxed, but now we can show you the finished product.

Grab a cup of tea and a packet of biscuits and settle down for the next 15 minutes as we take you through the features, the build and of course the minifigures. One of which can claim to be ‘the most adorable minifigure of all time’. Wonder which one that is?

Enough talk, on with the video. Due to its epic length (the video, not the ship) there is unfortunately no TikTok on this occasion, but fear not – normal service will be resumed soon. So click on the video below and find out just what £519.99 will get you this October. And when you’re done, why not subscribe to the Brick Fanatics YouTube channel?