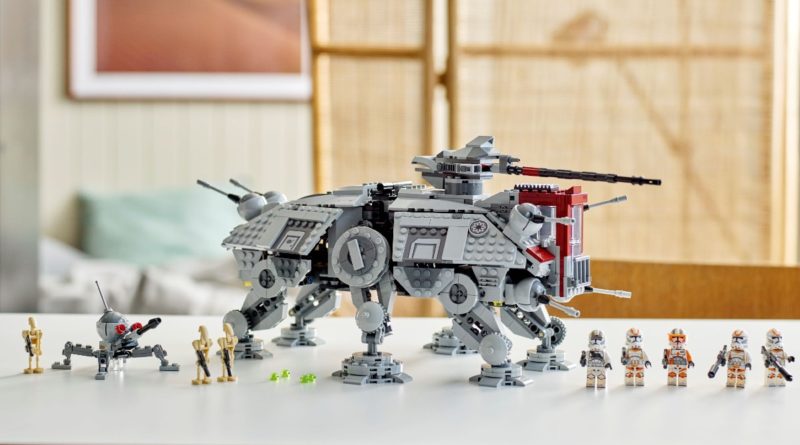 LEGO Star Wars 75337 AT-TE Walker is definitely delayed in the US – leading to at least one in-hand copy selling for a blistering $600 in the US.

The LEGO Group confirmed in July that the highly-anticipated walker – which includes the first-ever Phase II Commander Cody minifigure – has been delayed from its planned August 1 launch due to ‘delivery challenges’. A new release date has yet to be revealed (although the LEGO Group expects the delay to last ‘a few weeks’), but it’s already led to eye-watering aftermarket prices for the 1,082-piece set.

Most copies of 75337 AT-TE Walker on eBay.com at the moment are pre-orders above RRP, and some seem to (somehow) be selling for up to $249.99, even while the set will be available for just $139.99 once released. But one eBay user actually had an early copy of the LEGO Star Wars set in hand, having picked it up while travelling in Europe – and has since managed to fetch $590 for it on the auction platform.

That’s following a fierce bidding war, which started out at just $143 – or only $3 above 75337 AT-TE Walker’s retail price. This is effectively market forces at play, then, but it’s only as a result of the set’s current unavailability through regular channels in the US. As of August 1, it’s still listed as ‘Coming soon’ at LEGO.com, but the LEGO Group says a new release date will be announced on the product page as soon as possible.

Whenever that does happen, it’s likely that demand will be through the roof, and 75337 AT-TE Walker will sell out almost immediately (which may explain those above-RRP eBay pre-orders). It’s already on back order in the UK and Europe, for instance, where the LEGO Group says it will currently ship by August 11.

Support the work that Brick Fanatics does by purchasing your LEGO (for a normal price) using our affiliate links. Thanks!