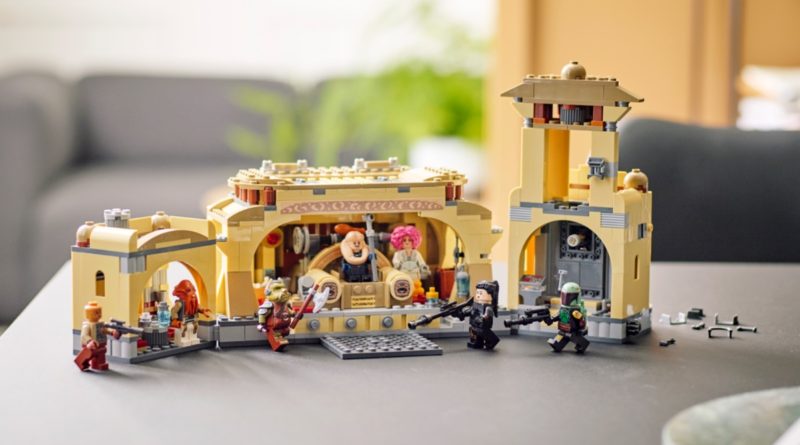 While initial reports suggested it would be based on spin-off series The Book of Boba Fett, the 732-piece 75326 Boba Fett’s Throne Room – as first unveiled by Amazon Germany earlier this week – actually depicts Jabba the Hutt’s palace from the post-credits sequence of The Mandalorian’s second season.

That’s by virtue of its minifigure selection, which includes Bib Fortuna on Jabba’s throne, along with a few scene-specific obscure characters like Rystáll Sant and Tessek (here called ‘Theelin Dancer’ and ‘Quarren’ respectively). There’s also Boba Fett – unchanged from his appearance in last year’s 75312 Boba Fett’s Starship – and a new variant of Fennec Shand, who appears here with a hairpiece instead of her helmet.

Rounding out the minifigure selection are a Gamorrean Guard and Weequay Guard. That’s a tempting character count for a set of this size, but it’s reflected in the price tag: 75326 Boba Fett’s Palace will cost £89.99 in the UK, $99.99 in the US and €99.99 in Europe. It’s due to launch on March 1, alongside three new LEGO Star Wars helmets and 75324 Dark Trooper Attack.

We won’t have to wait too long for our first set explicitly based on The Book of Boba Fett, however: the LEGO Group has also today unveiled 75325 The Mandalorian’s N-1 Starfighter. Click here to find out more about this heavily-anticipated ship.