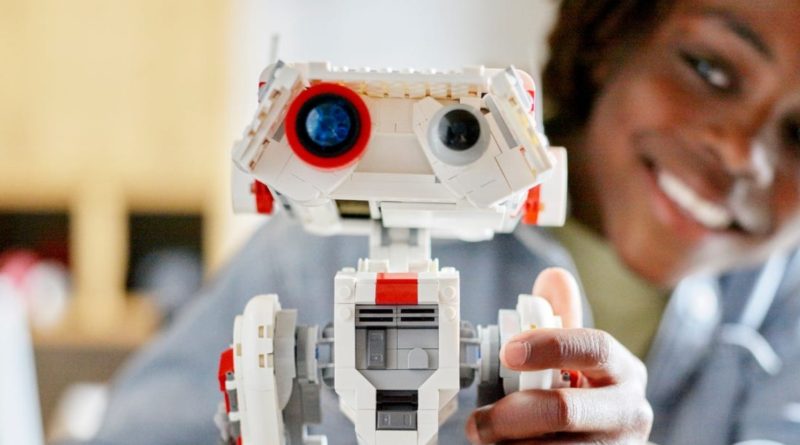 “We thought the content of the game was cool, so were immediately drawn to it, after release,” said Michael speaking to Brickset regarding the new model and the game itself.

“BD-1 in particular is just perfectly suited to our series of brick-built droids, especially since we could build him at almost life-size, which is always an attractive prospect,” shared Madison. “Whenever there is something well-received by the community, including something relatively unexpected, we are always open to responding to fans’ wishes.”

“The BD unit’s exposure in The Book of Boba Fett was also a nice coincidence, making an easier case for developing the minifigure-scale droid too,” commented Jens.

However, Michael Lee Stockwell has previously explained that the title may not have had the right rating for the company’s models, though the LEGO Group’s portfolio has changed much in recent years, embracing sets targeted at an older audience more than ever before.

“Video games present different challenges to the movies and television shows because their age ratings can affect the products we release,” Michael explained to Brickset. “We have a much greater understanding of what [the age rating] will mean in the context of movies than we do with video games. We know roughly what the level of violence might be, for example, whereas video games can be more unpredictable in that regard.”

Now, 75335 BD-1 is here and Star Wars Jedi: Fallen Order is officially part of the LEGO portfolio, meaning the stance has changed, especially with 75335 BD-1 only including the droid.

“We generally do have more flexibility for 18+ products on the whole, but always need to keep brand values in mind. The age marking should follow the content though, so the age recommendation is 14+ in the case of BD-1, but I think the character can be enjoyed by anyone really.”

With a sequel on the way and the first game reaching its three-year anniversary in November 2022, 75335 BD-1 is now available with our review ready to read and we’ve got a few ideas for more LEGO Star Wars Jedi: Fallen Order sets.