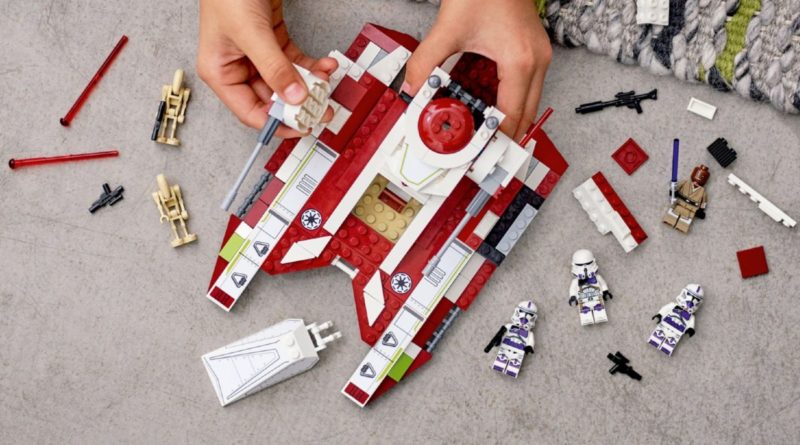 The door is open for more expanded universe LEGO Star Wars minifigures as the design team has explained that they welcome more opportunities.

In a recent interview with set designers Michael Lee Stockwell and Madison O’Neil, the presence of LEGO Star Wars minifigures based on characters only seen before in lesser known media has been clarified.

This includes Mace Windu based on a Clone Wars design and the 187th Legion Clone Troopers in 75342 Republic Fighter Tank, which first existed as Hasbro figures before appearing in The Clone Wars series too.

“When we have opportunities to do something like that we like to, I think even if they’re not well-known they’re easily decodable,” shared Madison O’Neil to MiniSuperHeroesToday. “People know Mace Windu so we got to do him in a new costume with the arm print, but you can understand a clone trooper, even if you’re not aware of the 187th Legion.”

“I think it’s safe to say that rather than opening the door, we’re not closing any doors, the opportunities present themselves to do something similar again then why not?” commented Michael Lee Stockwell.

This clarification suggests that while expanded universe characters are welcome, such designs based on recognisable characters such as Mace Windu or Clone Troopers are better suited to LEGO Star Wars. 75342 Republic Fighter Tank is available now on the official online store.