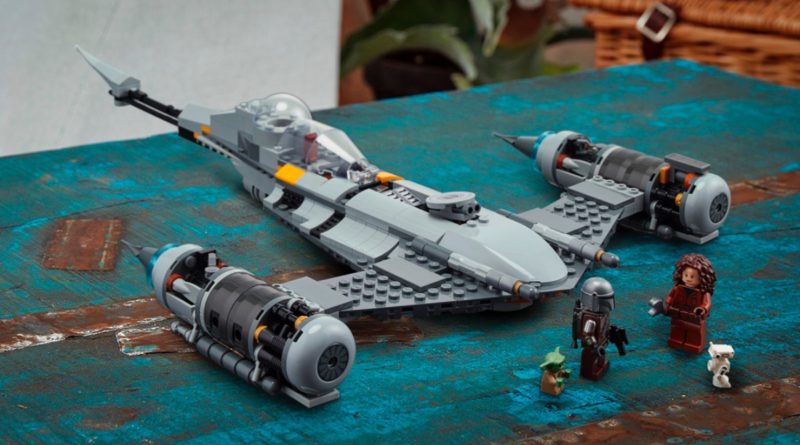 Despite The Mandalorian unmasking the bounty hunter in the closing chapter of the first season (all the way back in 2019!), the LEGO Group’s many Din Djarin minifigures to date have all had blank black heads. Maintaining the mystery of Pedro Pascal’s face has always seemed like an odd choice, particularly this far removed from the on-screen reveal, but the LEGO Group may be about to finally fix that oversight.

The LEGO Twitter account published a new image of 75325 The Mandalorian’s N-1 Starfighter yesterday, in line with the set’s full reveal over at LEGO.com. And if you zoom in on Din Djarin, you can clearly see that the minifigure doesn’t have the same all-black head under his Beskar helmet as previous versions.

If Mando is finally getting an accurate head, it’s puzzling that neither the promotional images nor the box art for 75325 The Mandalorian’s N-1 Starfighter make any explicit reference to that fact – particularly given it would likely be just as big a draw for minifigure collectors as the brand new Peli Motto and BD unit.

The reverse of the set’s box gives no indication as to the head piece underneath, but zooming into the character line-up on the front of the box shows a brown neck piece for Din Djarin, which doesn’t match what looks to be medium nougat in the promotional image. The plot thickens – and we likely won’t find out one way or the other until the set hits shelves and we can crack open the box.

That’s still some way off yet, unfortunately, with 75325 The Mandalorian’s N-1 Starfighter launching on June 1, 2022. For now, you can at least pre-order it from LEGO.com alongside 75326 Boba Fett’s Throne Room, which will start shipping from March 1.