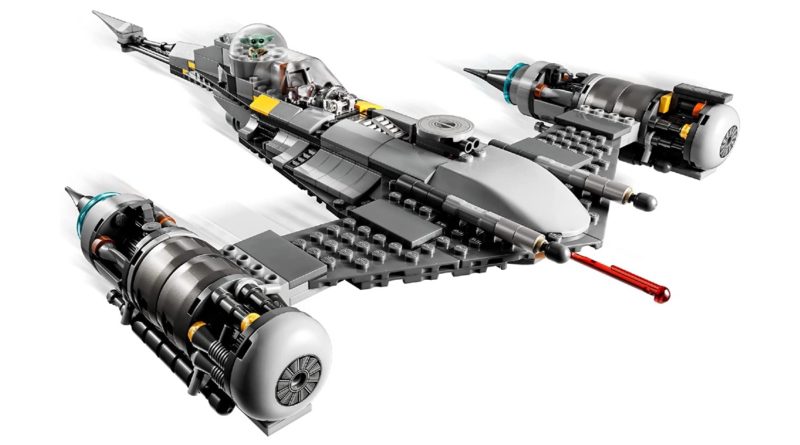 Amazon has published images of the rumoured LEGO Star Wars 75325 The Mandalorian’s N-1 Starfighter, which includes the first-ever minifigures of Peli Motto and a BD droid.

Word of an official LEGO set based on Din Djarin’s new ship from The Book of Boba Fett surfaced earlier this week, and it hasn’t taken long for those reports to be confirmed. Just as described, the set includes parts to build Mando’s modified Naboo Starfighter, but there’s no hint of Peli Motto’s workshop.

The mechanic does get a minifigure, however, and she’s accompanied by the LEGO Group’s first-ever BD unit. The droid uses a single moulded component, much like The Rise of Skywalker’s D-O, and adds weight to further rumours of a large, brick-built version coming later this summer.

Also included in 75325 The Mandalorian’s N-1 Starfighter are Grogu and Din Djarin, who’s sporting the same black lightsaber stand-in for the Darksaber that came with last year’s 75315 Imperial Light Cruiser. It’s a very LEGO-first solution to that particular weapon, but wider calls for a dedicated mould have apparently fallen on deaf ears – at least for now.

There’s no confirmation yet on the set’s price or piece count, but rumours say it will consist of 411 pieces for €69.99. Amazon currently has it listed at £66.76, though that’s very likely not the final price. Also not confirmed is the set’s release date, which could be as early as March or as late as June, according to earlier reports.