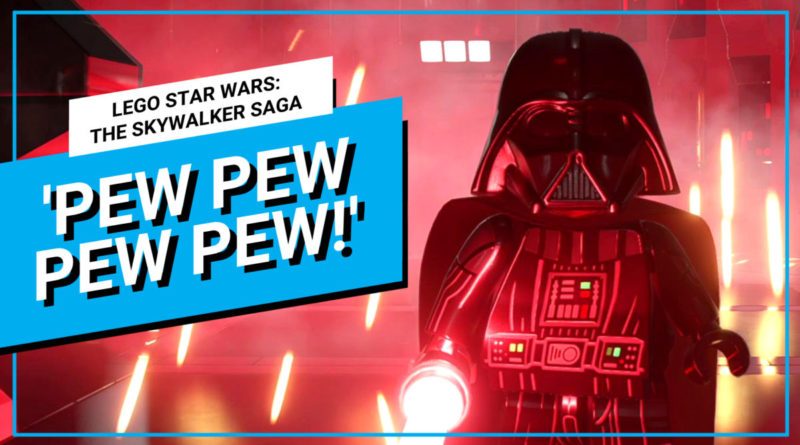 Watch as we play through the entire first level of A New Hope in LEGO Star Wars: The Skywalker Saga, trying out the game’s new combat systems and character classes.

We’re only a couple of weeks out from getting stuck into the entirety of LEGO Star Wars: The Skywalker Saga’s fresh take on all nine mainline Star Wars films, from The Phantom Menace through The Rise of Skywalker. In the run-up to the game’s long-awaited release, we had the chance to play through the opening level of A New Hope – one of the first three starting points the game offers new players.

Rather than ringfencing you into one particular trilogy, TT Games’ latest title – reportedly developed under stressful conditions at a studio that’s said to rely on ‘premeditated crunch’ – allows you to hop into any one of The Phantom Menace, A New Hope or The Rise of Skywalker right from the off. If you opt for the original trilogy, you’ll begin by rushing through the gleaming corridors of the Tantive IV with Princess Leia and Captain Antilles.

Unless this is your first LEGO Star Wars video game rodeo, chances are high that this is a level you’ve played before. It appeared first in LEGO Star Wars II: The Original Trilogy, then again in LEGO Star Wars: The Complete Saga. But 15 years on from the launch of that initial saga-spanning title, this version of A New Hope’s iconic opening sequence is a completely different experience.

From combat that’s moved away from mashing a single button to a new camera angle that places you directly into the action, LEGO Star Wars: The Skywalker Saga feels genuinely fresh. The hallmarks of LEGO video games are inescapable – studs, the series’ tried and tested currency, litter every surface, and still blink and vanish if you don’t pick them up in time – but in a comfortingly familiar way.

Hit play on the video above to check out the entire first level, and don’t forget to subscribe to our YouTube channel for more LEGO Star Wars: The Skywalker Saga content in the run-up to the game’s release.