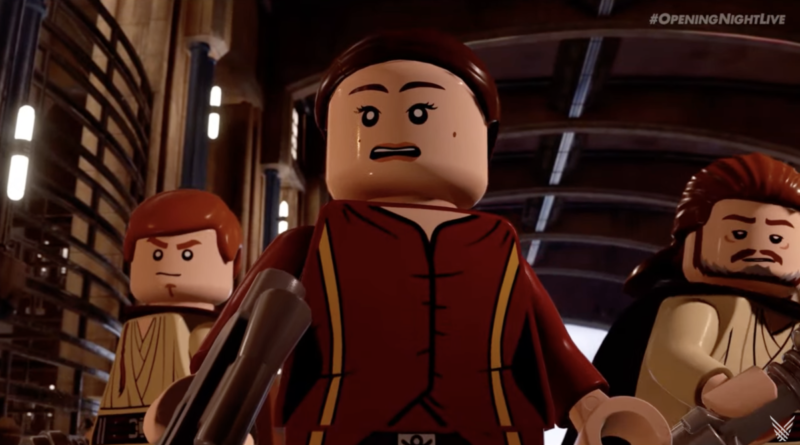 With the most recent glimpses of gameplay in the latest trailer, we think we’ve identified five new levels in LEGO Star Wars: The Skywalker Saga.

Covering all nine movies from Episode I to Episode IX and spanning 24 planets, there’s a lot of ground to cover in the upcoming game. While some locations have been covered in previous levels, there are also some new levels exploring action and places that we’ve not played in previous LEGO Star Wars games.

Here are a few of the ones we’ve spotted during the existing trailers and who knows how many more will be revealed when LEGO Star Wars: The Skywalker Saga finally comes out in Spring 2022.

Obi-Wan and Anakin’s battle with Count Dooku is one of their most badass scenes from the prequel trilogy, so we can’t wait to be able to play it for ourselves. There’s only a rare window where Obi-Wan and his Padawan are on the same side, so we need to make the most of it.

What’s more, we think we can spot new combat styles during their battle, with greater freedom to use the Force to move and throw brick-built objects from nearby. Although players have been able to do that in previous LEGO Star Wars games, it’s normally only during pre-decided moments of boss battles. In this fight, it looks like the player can pick items up at will.

Yoda and Emperor Palpatine: arguably two of the most powerful figures from both sides of the Force. It looks like we’ll be able to face down Palpatine’s infamous lightning attack for ourselves.

From the brief glimpse we got in the most trailer, the pair are battling it out on moving platforms, presumably inside the Senate if the movies are anything to go by. It’s certainly shaping up to an incredibly dramatic scene.

It’s only a brief moment from The Phantom Menace, but it’s often the minor scenes that LEGO games manage to tease out into memorable gaming experiences. When Jar Jar Binks, Obi-Wan, and Qui-Gon are on their way through the oceans of Naboo, they’re nearly eaten by what Jar Jar calls a Gooberfish.

Luckily, a bigger fish comes along to eat the predator, prompting Qui-Gon to deliver his unruffled line: “There’s always a bigger fish.” Although we can’t see the bigger fish itself in this clip from the game, we can only assume it’s on its way.

This one could just be free roam rather than a proper level but, looking at the stunning landscape, who really cares? All we want to do is explore Hoth on the back of a tauntaun for as long as feasibly possible – most likely until an AT-AT comes along to ruin the great day we’re having.