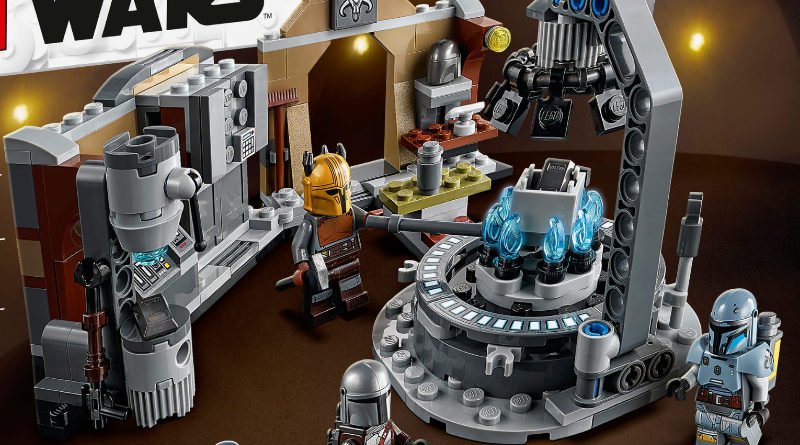 The regional pricing for LEGO Star Wars 75319 The Armorer’s Mandalorian Forge has been revealed thanks to a listing on the EU and UK official online stores.

Those waiting for international costs of the newly revealed 75319 The Armorer’s Mandalorian Forge will be pleased to know that they have now been confirmed with a similar price structure to Marvel 76200 Bro Thor’s New Asgard.

The 258-piece model includes two exclusive minifigures of the titular Armorer and Paz Vizsla as well as the detailed Din Djarin minifigure with arm printing and, for the first time, a jetpack. The build itself is (you guessed it) the Mandalorian forge as seen in the first season of the show, where the Beskar armour was crafted ahead of a daring rescue.

In the UK, the build will cost shoppers £27.99 when it launches on September 1 whilst European fans can look forward to spending €29.99.

That cost fits in with the usual price-per-piece ratio of Star Wars sets and collectors will likely have no trouble finding the budget for it, especially since the model features some hidden details including tools and a helmet-wearing hologram.

We’ll keep you updated on the release of 75319 The Armorer’s Mandalorian Forge as September approaches, including if a pre-order is made available in time for the many August deals, including  40487 Sailboat Adventure.