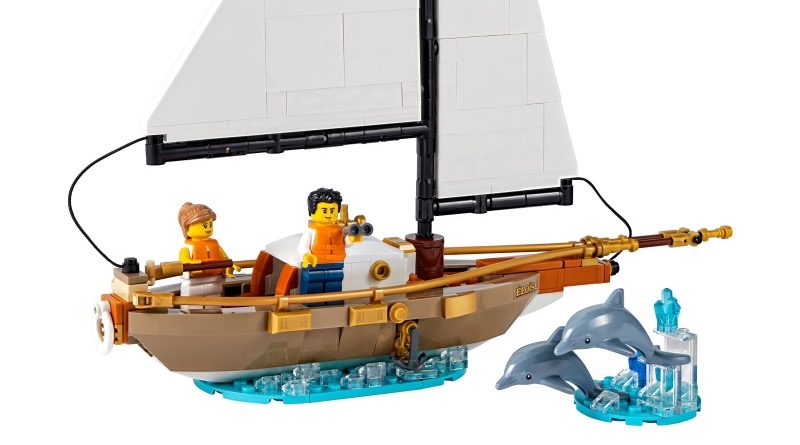 A total of 330 elements have gone into realising Yan Chevalier’s contest-winning design as an official GWP. The final model measures an impressive 27cm long by 28cm tall, and sits atop a blue base to represent a slice of the ocean. There’s also a separate sub-assembly featuring a couple of jumping dolphins, mirroring Yan’s original concept.

You’ll have to spend a fair chunk of change if you’re hoping to bring home 40487 Sailboat Adventure on August 1, though: the qualifying threshold is a mighty £200 / $200 / €200. You’ll also need to be signed up to the LEGO Group’s loyalty program, as any remaining stock will only be opened up to everyone else on August 4. Before then, it’s VIPs only.

You shouldn’t be short of things to buy on Sunday, of course, because dozens of new sets are about to launch all over the world. The US is also finally catching up on the rest of the summer sets that launched in June in other territories, including Marvel’s Infinity Saga wave and the 20th anniversary Harry Potter sets.

40487 Sailboat Adventure will be available to VIPs from August 1, and to non-VIPs from August 4. The promo will then run until August 29, or stock runs out – whichever happens first. 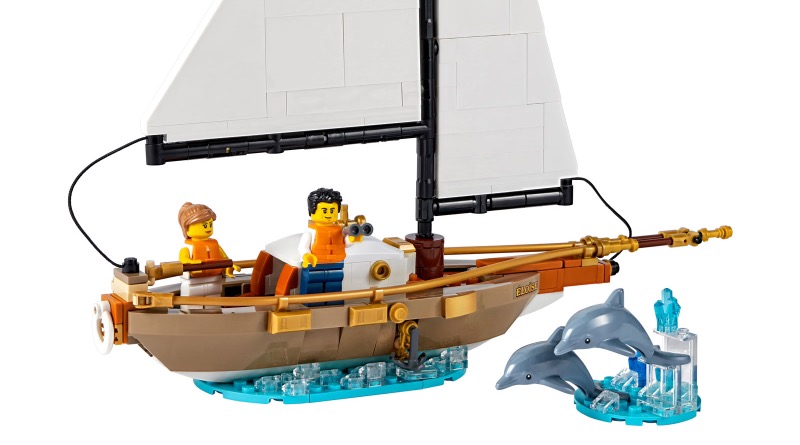