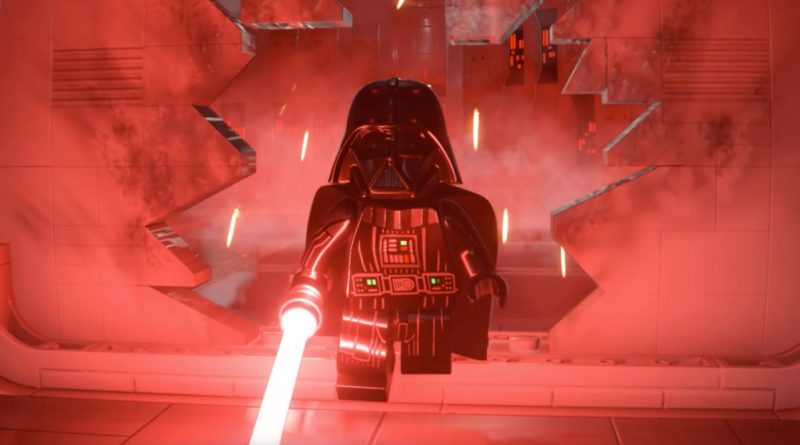 We’ve gone hands-on with LEGO Star Wars: The Skywalker Saga ahead of its highly-anticipated launch, so here’s our gut reaction to the game so far.

There’s a commonly-held view that all LEGO video games are the same. The characters and brands may change, but the formula is fundamentally identical each time: smash everything in sight, press a single button to build something new, use this thing to solve a puzzle, move on.

In some respects, LEGO Star Wars: The Skywalker Saga appears to be a natural extension of this formula – and the fact that we’re going back to that familiar galaxy far, far away feels like proof of this. Is there even any room for originality at all?

Having spent a little over an hour with the game, I’m happy to report that while nothing on offer is particularly radical, LEGO Star Wars: The Skywalker Saga feels very different to any other LEGO game so far. For a special preview event, I was given access to one of the game’s first story chunks in Star Wars: A New Hope. It’s hard to imagine a better mash-up of old-school nostalgia and cutting-edge presentation.

On the surface, this is ground that we’ve all trodden before. LEGO Star Wars has a long and storied history within the computer and video game sphere. The visuals, the sights and the sounds all feel like a natural extension of the past 20 years of LEGO games. Everything drips with that iconic Lucasfilm nostalgia that effectively works like catnip for fans of a galaxy far, far away.

It’s important to note that, visually, the game looks far better than any previous LEGO video game (with the notable exception of LEGO Builder’s Journey). While this isn’t exactly The LEGO Movie in terms of flawlessly recreating the look of actual LEGO bricks and minifigures, the game is certainly leaps and bounds ahead of previous TT Games offerings.

Environments look believable and real – both those that are blocky and plastic, and those, such as on Tatooine, that look far more photorealistic. There has probably never been a more faithful recreation of the Lars homestead in video game history, and it’s fun just to explore such a familiar environment to see how the architecture all connects together.

All of this, though, is clearly visible from any trailer. What matters is how the game actually feels. Take more than a cursory glance at the game, and it’s clear that LEGO Star Wars: The Skywalker Saga is a very different beast under the hood.

Right out of the gate, the first thing that the game does – in the Episode IV story, at least – is give the player a tutorial on how to shoot a blaster. This is relevant in large part because shooting is the mechanic that’s changed the most from previous games – there’s no more mashing an action button and trusting the game to do the aiming for you.

Instead, LEGO Sta Wars: The Skywalker Saga feels more akin to a cover-based shooter. You’ll need to lean out from behind a convenient chest-high wall, carefully take aim at your opponent, and then fire manually until they explode. You could then duck behind cover again to avoid being shot, but this is still a LEGO game, so it’s not like there’s a particularly serious penalty for taking a bit of damage during these segments of the game.

Hand-to-hand combat is also more involved. If a pesky Stormtrooper gets too close, there are various attack buttons which can be strung together into a combo, or you can parry to push attackers back before unleashing a volley of blows. The far more complex combat system makes a tremendous difference to the game’s overall pacing.

The Skywalker Saga is very action-focused – previous LEGO games have almost made violence feel optional, or at least a distraction from the main activity of solving simple puzzles. In this game, fighting comes first. There are plenty of puzzles to solve along the way, but these are minor roadblocks on your quest to bonk as many Stormtrooper helmets as you can.

It’s also worth noting that enemies don’t go down easily. The heath bars above their heads take just a little longer to drain than might be expected from a LEGO game, and the end result is that each victory feels hard-won – even if there was never really any danger at all. The game pulls off the impressive task of providing combat that is incredibly forgiving, while still feeling exhilarating and intense.

If there is one area where the combat falls back into familiar territory, it’s when a Jedi is involved. Obi-Wan Kenobi swings his lightsaber like a baseball bat when prompted, and one way or the other (or both), enemies fall out of his way. There’s not quite as much weight to the combat when you’re using a civilised weapon, although this is offset somewhat by the fact that lightsabers are really, really cool.

Still, it’s almost a shame that the majority of players will inevitably reach for a Jedi whenever possible rather than give the more complex and challenging combat options more of their time.

It should be noted that this is standard LEGO violence – no blood, no guts, and defeated foes simply pop apart into their various minifigure elements. That said, the game’s new, lower camera angle and combat controls lend these battles significantly more weight. Things feel more personal, and the Tantive IV mission, in which Princess Leia rushes to get the Death Star plans to R2-D2, is wonderfully tense despite the fact that we all know how things are going to end.

This is partly the result of a huge step up in environmental storytelling. By now we’re all familiar with how LEGO games parody films as the story goes, and there’s plenty of this to be seen – such as a scared Rebel soldier running around the battlefield in his pyjamas, or the fact that Artoo and Threepio’s escape pod actually turns out to be a washing machine.

What’s really impressive, though, is how the game approaches worldbuilding outside of cutscenes, without wresting control from the player. The stand-out moment on the Tantive IV involves a large transparisteel window. In a moment that was clearly lifted straight from the video game Half-Life, the player advances along a hallway, while on the other side of the window, Darth Vader is recreating the scene from the end of Rogue One, using the Force to throw Rebel soldiers around.

This whole piece of environmental storytelling is completely unnecessary to the task at hand – players can rush past it if they so choose – but for anyone who wants to linger and appreciate the cartoon carnage, it adds so much personality to a game that’s already brimming with charm and childish wit.

The environments are not just filled with small jokes – on every turn there are a million tiny extra things to interact with, side quests to attempt and, of course, collectibles to sniff out. These bonus challenges have long been a staple of LEGO games, and perfectly recreate the feel of playing with a few minifigures while surrounded by a huge bucket of spare parts and extra characters.

In LEGO Star Wars: The Skywalker Saga, this extra content is more prevalent than ever, to the point that it can be overwhelming. Fans of A New Hope will remember the isolation and loneliness that Luke feels as he gazes over the Tatooine sand dune; there’s not a single living soul visible anywhere on the horizon.

Here, stepping out of the Lars homestead, the player is immediately bombarded by Jawas, Tuskens, a speeder bike race, various different aliens, and what feels like an entire community. There’s so much going on that this space western loses the feeling of actually being a western.

There’s a real danger of choice paralysis, where so many options for exploration make it difficult to decide what to actually do. The game helpfully provides incredibly clear markers that point towards the next objective in the main story’s critical path, so it’s entirely up to the player whether you want to simply dash from one objective marker to the next, or take your time, talk to every non-player character, and unlock a few bonus upgrades.

Of course, this incredibly dense level design is no bad thing for people who want to eke every possible second of play time from the game, but it does mean that there’s a lot of clutter for anyone who’s less interested in completionism. Mos Eisley in particular feels like a miniature open world in and of itself – whether this is a good thing depends on personal taste. For those who are afraid of missing anything, the game helpfully provides large warnings every time you’re about to transition to a new area, so that you can go back and do some more side content if you’re not quite ready to leave.

It’s clear that The Skywalker Saga is not only the richest, most polished LEGO Star Wars game to date, but also the most expansive LEGO game to date. There’s a huge amount of content to plough through, the presentation is second to none, and the experience is cathartic fun.

While a heavier emphasis on precision combat may make the game a little less welcoming to those less familiar with computer games in general, these changes also breathe new life into a rather well-worn formula, and make the game feel worthwhile – even though it doesn’t ever stray too far from the established LEGO video game experience.

Yes, it’s a standard LEGO game – but it’s also the new gold standard for these games.