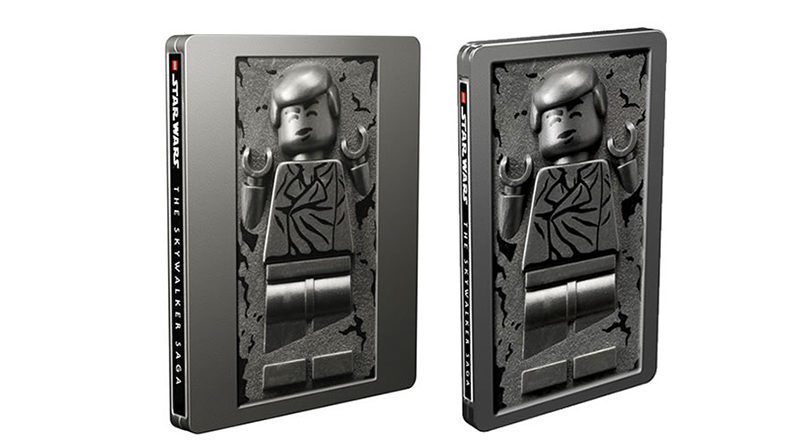 Best Buy have opened up pre-orders on LEGO Star Wars: The Skywalker Saga, offering the exclusive steelbook for free with the game.

A fancy steelbook was revealed for LEGO Star Wars: The Skywalker Saga recently, depciting minifigure Han Solo encased in Carbonite – as was the character’s fate when The Empire Strikes Back was released 40 years ago.

It is now available at Best Buy, free with pre-orders for the game on PS4 or Nintendo Switch. The game is expected to arrive on October 20.

If you pick up the intergalactic game on PS4 or Nintendo Switch, you’ll be able to get your hands on a steelbook case featuring Han Solo in carbonite. It’s not clear whether the design is embossed or printed, but we’re hoping for the former. There’s also no word yet on whether the case will enjoy an Xbox One equivalent, but it seems like a safe bet.

Covering all nine episodes in the core storyline, the upcoming game promises the usual blend of button bashing fights, problem solving and character switching, with a new open world component. LEGO Star Wars sets released later this year will include unlock codes to open content within the game.