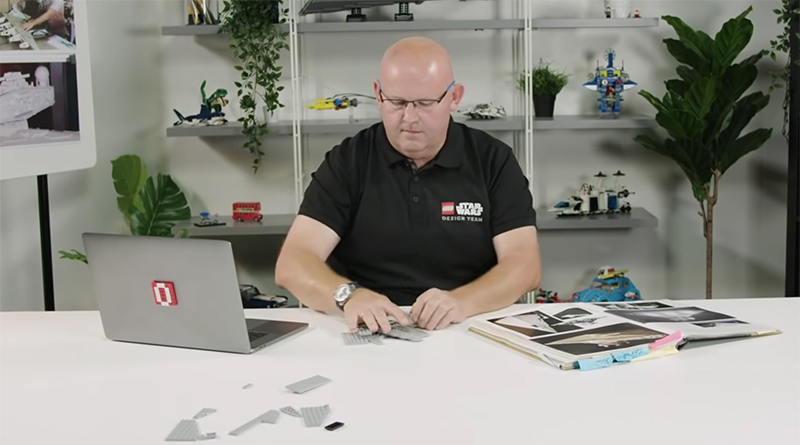 Today, the LEGO Group officially announced the release of LEGO Star Wars Ultimate Collector Series (UCS) 75252 Imperial Star Destroyer, the follow-up to 75192 Millennium Falcon. A new designer video has been released, in which LEGO Senior Model Designer Henrik Andersen shows off his incredible creation. As well as describing the set, Henrik reveals some of the thinking that went into the design of the model.

“When I created the set I noticed on the photos that in the movie the Tractor Beam antenna is up and in all of the photos it is down. So I tried to make it into a function so you can lower or raise the tractor beam antenna on the bridge of the Star Destroyer,” Henrik explains. He also reveals that a tiny TIE Fighter model is included in the set.

Those who would like to meet the designer in person and have him sign the set can do that during an early release on September 15, at the LEGO Store Leicester Square, London, UK. The tourism hot-spot will allow fans with VIP cards to buy the set ahead of everyone else before the September 18 release.

From September 18 until 22, those VIPs who do place an order will get double points – the equivalent of 10% LEGO cashback instead of the usual 5%. That means those in the UK will get a whopping 1,400 points in just one transaction at LEGO.com when ordering the huge new set.