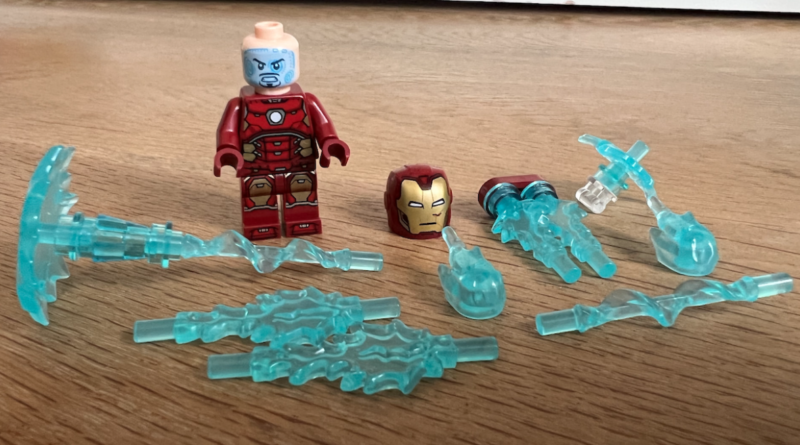 The latest issue of LEGO Super Hero Legends: Avengers magazine is on sale now in the UK and includes a free Iron Man minifigure.

Another month brings another round of publishing from Immediate Media and its official LEGO magazines. We’ve already reported on the latest LEGO Explorer magazine with free alien spaceship set and the upcoming LEGO Star Wars magazine with 501st Legion Clone Trooper minifigure.

Now it’s the turn of Marvel fans who should be keeping their eyes peeled when browsing the newsstands, as the February issue of LEGO Super Hero Legends: Avengers is on sale now and includes a free Iron Man minifigure. However, instead of just Tony Stark’s armoured alter ego, the 22-piece set also includes a variety of blue ‘power brick’ pieces to attach to the minifigure to simulate flight and repulsor blasts.

Removing Iron Man’s helmet reveals a double-sided Tony Stark head piece with a concentrated look on one side, plus a blue heads-up display face on the other side. The ‘power brick’ pieces are certainly a nice touch, adding more playability and display options to what could have been a fairly standard minifigure freebie.

Flicking to the next issue page of the magazine reveals the next LEGO Super Hero Legends: Avengers magazine (available in March) will include yet another Marvel minifigure gift. This time it’s the trickster god himself, Loki, complete with horned helmet, cape and magic staff accessories.