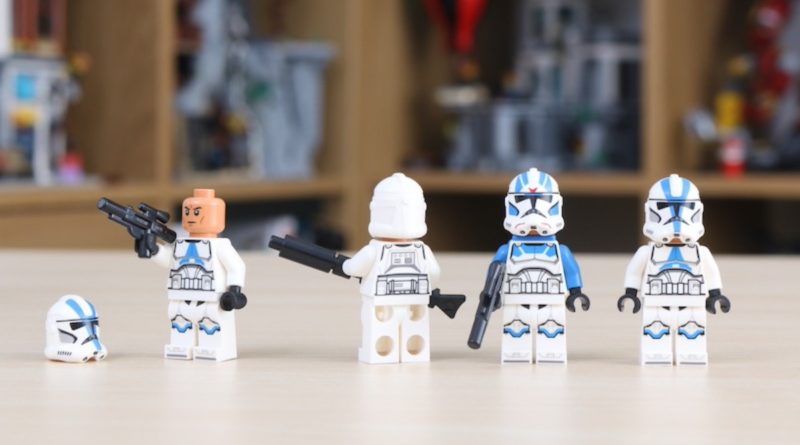 The March 2022 issue of the LEGO Star Wars magazine will offer a perfect army-building opportunity by including a free foil-bagged 501st Legion Clone Trooper.

Previously exclusive to 75280 501st Legion Clone Troopers – a set that only exists because of vocal fan demand – the standard soldier is ideal for bulking out your Republic armies. It’s also technically a cheaper method of doing so than through 75280, because Immediate Media’s official LEGO Star Wars magazine rings in at just £4.25 per issue.

If you can find it in bulk, then – maybe by scouring multiple different newsagents, supermarkets and other retailers that carry the mag – you can score three troopers for £12.75, where 75280 501st Legion Clone Troopers will require an investment of £24.99 at retail to achieve the same thing.

You do also get a Jet Trooper and two vehicles by purchasing the full set, but if you just want to army-build standard troops, Issue 81 is the way to do it. There’s also BrickLink, but the price difference is negligible: 501st Legion Clone Troopers in the UK start at £4 each before shipping.

Expect to find Issue 81 of the LEGO Star Wars magazine on shelves in the UK in March (a month behind Germany), following Issue 80’s mini Millennium Falcon build in February. The current issue includes another army-builder in a Snowtrooper, and is available now.