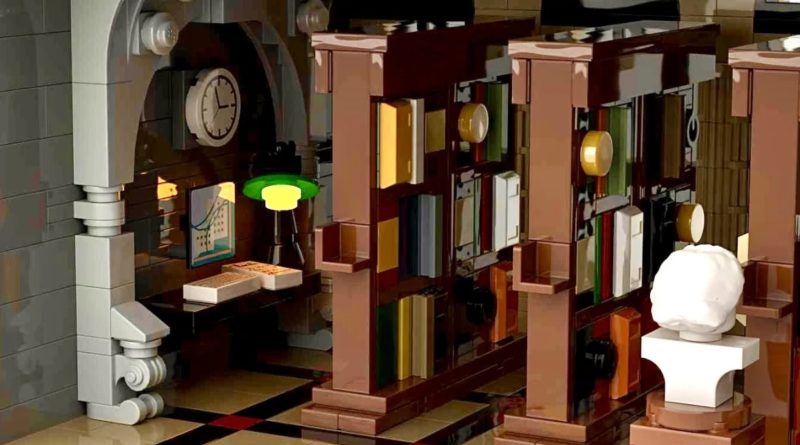 A brick-built library has reached the review stage on LEGO Ideas, and will now be considered for production as an official set.

Jiwoo Seon’s The Library is the 10th project in the first 2022 review, the qualifying period for which kicked off at the start of this month. And like so many LEGO Ideas projects before it, the South Korean builder’s concept uses the template of the LEGO Group’s official Modular Buildings Collection.

That isn’t too encouraging for its prospects in review, however: the LEGO Group has rejected each and every one of that litany of previous projects to ape its own modular buildings, presumably to avoid clashing with its current product portfolio. And it means that while Seon’s build has rocketed to 10,000 votes in just over six weeks, chances are good that it too will be rejected at the review stage.

Add to that the existence of 10270 Bookshop – a modular building with very similar themes, if not presentation – and it’s unlikely that The Library will be given the green light. Still, you never know: the LEGO Group has previously said Ideas is all about timing, and it’s surprised us plenty of times before.

We’d also love to see The Library approved if only because it’s so brilliantly inventive, bracing one side of the building with a huge book that opens to reveal part of its detailed interior. The rest is accessed by removing its roof and upper floor, in line with the rest of the Modular Buildings Collection.

For now, The Library joins nine other projects in the first 2022 review. Here’s a complete list of every build in contention so far: