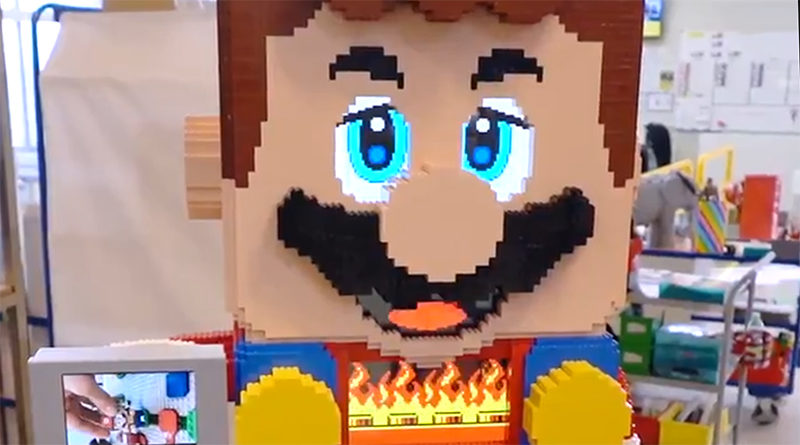 The new LEGO Super Mario figure has been built at a huge scale using LEGO bricks.

As part of the promotional activity around the launch of LEGO Super Mario, the LEGO Group has built an enormous, larger than life version of the new digital Mario figure. Rather than being typical minifigure scale sets, the new LEGO Super Mario theme offers fans the opportunity to jump into a physical game.

To unlock any of the expansion sets that the theme is made up of, fans will need 71360 Adventures with Mario Starter Course – it’s there that the interactive figure is included.

This giant version of LEGO Mario, shared on social media, uses nearly 23,000 bricks and stands at 1.2 metres tall. Just like the small version, he features a screen on his chest, for his eyes and for his mouth. Pressing the various buttons will elicit different reactions that match up with what happens when regular LEGO Mario stands on certain types of bricks.