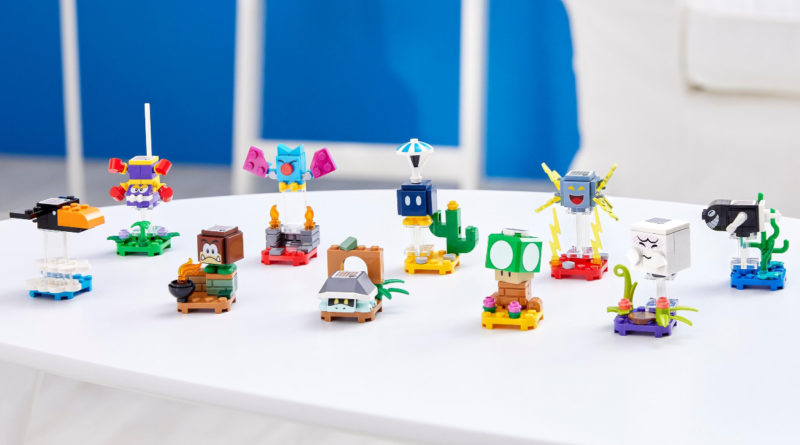 A rare misprint has been spotted in one of the new LEGO Super Mario 2021 character packs, recreating a very similar occurrence from the 2020 range.

A shopper who recently acquired a bag of 71394 Character Packs – Series 3 has been surprised to see a mistake that has slipped by the LEGO Group’s quality assurance team. Brian Saviano spotted the error on his brick-built Crowber where the two printed eyes can be seen staring directly towards the Super Mario fan, instead of keeping one eye on the curious Galoomba in the background.

Whilst this mistake might not be the ideal configuration for swooping down to fend off Mario and Luigi, the rare brick might be something to treasure as such pieces can be quite valuable according to a report from collector Kevin Downard.

It may be of interest to know that a similar situation has happened in LEGO Super Mario before, with one copy of Bullet Bill from the first series also having some double-printed eyes instead of featuring one on either side. That same issue persists in this Crowber, as Brian confirms in another tweet. The coincidence that this same misprint occurred across two black bricks within Super Mario character packs is likely nothing more, if extremely unlikely.

Aside from appearing in 71394 Character Packs – Series 3, the character also debuts in 71388 Boss Sumo Bro Topple Tower Expansion Set where both versions should grant you a Crowber with an eye on either side. Continuing the similarities, Bullet Bill also reappears in the summer 2021 Super Mario wave in 71389 Lakitu Sky World Expansion Set.

Both new sets are available now from the official online store, but waiting until August 16 will earn you a free 30389 Fuzzy & Mushroom Platform polybag with themed purchases over $40 in the US.