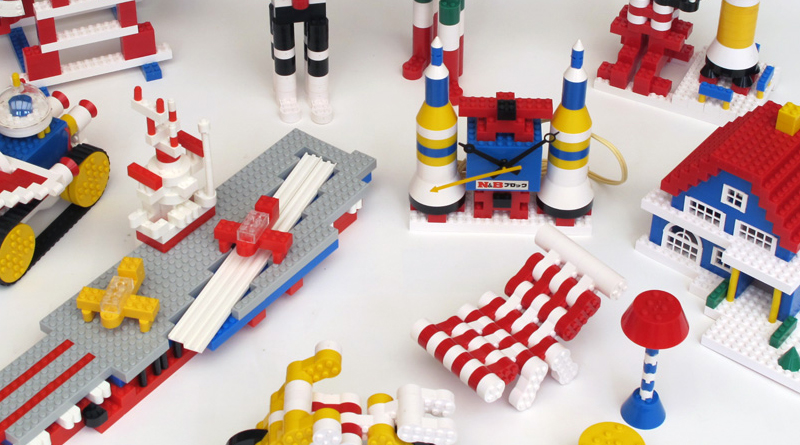 Back in the late 1960s, long before Super Mario had leaped onto consoles, Nintendo attempted to produce its own version of the LEGO system

LEGO Super Mario sees the first link-up between the LEGO Group and Nintendo. But had a certain product line been successful, Nintendo things could have turned out very different and instead of working together, the two companies would have become competitors.

Back in 1968, a few years after the LEGO Group acquired the patent for the iconic brick, Nintendo introduced the N&B Block range. The physical product was a selection of building kits, with bricks that were very similar to and compatible with LEGO bricks.

Long before games consoles and video games were Nintendo’s reason for being, the company produced traditional toys and games, going all the way back to 1889. This eventually led to the N&B blocks construction range.

Before Mario has documented the history of N&B Block, which lasted for just a few years, with the final product released in 1972. The system offered several bricks that are clearly similar to LEGO bricks, with a slightly different tube on the underside. Beyond 2×4 bricks though, N&B Block introduced rounded and circular bricks, using this as a selling point to illustrate why the product was superior to other brick offerings.

A mix of products was released, ranging from boxes of bricks to instruction led sets. Accessory boxes were also sold, containing pieces to supplement an existing collection. While many of the designs are very crude and blocky by today’s standards, for the time some of them are quite forward thinking.

One product even offered a game that could be played, something that the LEGO Group would not approach for many years. Electric clocks were another surprising deviation from typical construction toys. More traditional sets covered a wide range of subject matter, including animals, houses and figures.

More information about the N&B Block range, including images of products and advertisements, can be found at the website Before Mario.