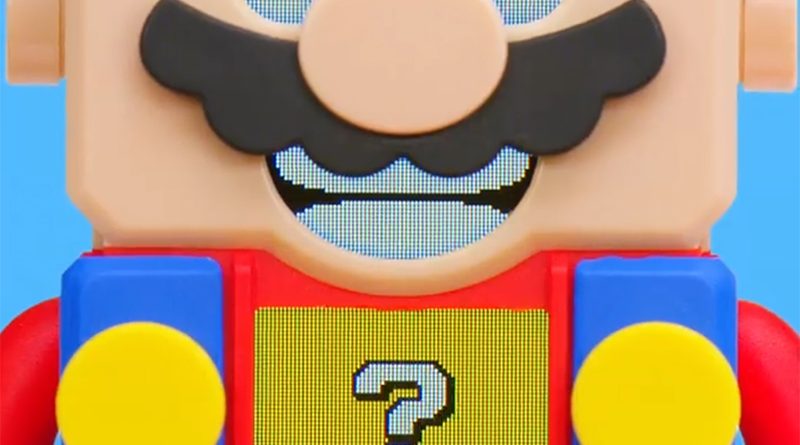 It looks like a new LEGO Super Mario theme is on the way later this year, thanks to a tease from the LEGO Group on social media.

Super Mario is coming to the LEGO brick according to a tease on social media. In a tiny video clip shared by the LEGO Group, titled “It’s-a me, LEGO Mario!”, an non- minifigure proportioned Mario figure with a digital chest and eyes is visible. The video then pans down to the LEGO Super Mario logo.

Based on when LEGO Trolls World Tour was first teased, the theme is about six months away from release, which means fans can expect a September or October launch. This will be the first time that the LEGO Group has teamed up with Nintendo.

Given the pixellated eyes, mouth and chest, this figure may be larger than a standard LEGO character. It also suggests that this is another theme in which the LEGO Group seeks to blend physical and digital play – although perhaps in a different way to LEGO Hidden Side.