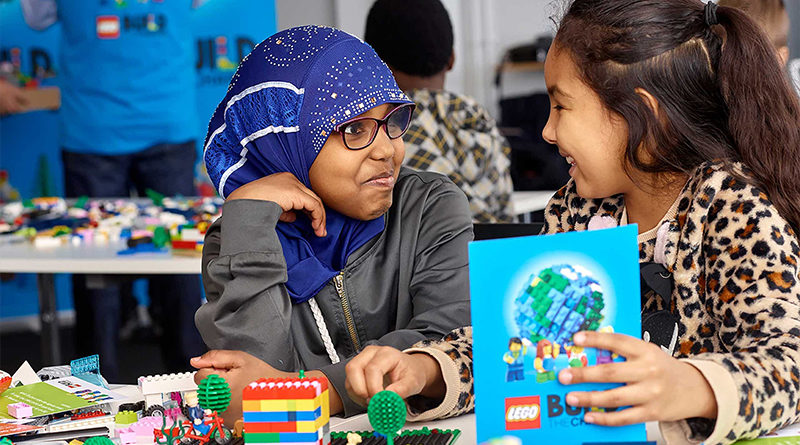 Vice President of Environmental Responsibility Tim Brooks provides an update on the LEGO Group’s 2030 sustainability target, LEGO Replay and educating the next generation

The LEGO Group recently announced $400 million for the company’s sustainability drive, with the funding covering a variety of projects, including the goals to manufacture all packaging sustainably by 2025 and all products sustainably by 2030.

To explain more about what the LEGO Group is doing, LEGO Vice President of Environmental Responsibility Tim Brooks fielded questions from Brick Fanatics and other websites.

“Back in 2015 we announced $150 million on sustainable materials. This announcement was really an acceleration of that announcement as well some other initiatives putting together, really saying expectations are rising from our stakeholders, from children, from our fans, but also internally our expectations are rising and I think the urgency to take action is also increasing,” says Tim.

So if some of what has been announced sound familiar, that’s why. In a presentation Tim shared the LEGO Group’s key goals:

What fans will be most keen to hear about is the latest news on the company’s efforts to replace ABS with a sustainable alternative. The LEGO Group has a target of manufacturing all plastic elements using sustainable materials by 2030, but with ABS such a tried and tested material, work is slow going.

“It is difficult. We’ve said that fairly openly,” Tim acknowledges. “It’s a hard challenge to talk about all of those things … getting that level of quality, the safety both from a physical and chemical standpoint, getting the clutch power, the colour, the sound. Everything we know that you guys and your readers are very, very interested in. That’s the challenge, particularly around precision. The nut we’re trying to crack now is on recycled materials and how can we find a source of clean, and safe, and robust recyclable material. That’s what we’re up to at the moment.”

One of the programs that has been trialled and will be rolled out further is LEGO Replay. It’s a way for old LEGO bricks to be reused – they will be sent in by consumers who no longer want them, then cleaned and utilised by organisations supporting children who may not otherwise have access to LEGO products.

Brick Fanatics asked Tim if the environmental cost of transporting and cleaning the bricks outweighed the benefits that the scene offers. “This is a discussion we have a lot in my own team, of course we have a lot of sustainability experts and people who are passionate about it,” he explained. “It depends on the base case, because of course if you compare it to no bricks then there is an environmental impact even to shipping used bricks.

“I try to use the comparison if you’re hungry is it better to eat a veggie burger or a meat burger? But it assumes you need to eat something. If you assume that kids are not going to get any bricks, then of course you would have an environmental impact even by giving them a used brick. But if you assume they are going to get a brick and it’s a new brick, then it’s about a 75% reduction on impact by using a reused brick if that makes sense. 75% of our impact as a company end to end comes from the raw materials we use to make our new bricks.”

It’s not just providing physical bricks to children that falls under the company’s sustainability efforts. Educating children around sustainability and helping them to express themselves is covered by the Build the Change scheme.

“Build the Change is quite a well established program around getting kids to literally Build the Change they want to see. I think that in itself is neat but when that really has power is when you take those models and put them in front of the Mayor of London, or whoever it might be, and say ‘this is what kids think’. A lot of these kids are so young they’re not writing or they’re not able to express it in another way.

“We’re also doing more partnerships, so we joined recently with the Ellen McArthur Foundation, who promote a lot of circularity and the circular economy. We’re already kicking of some webinars with them, with more teenage kids actually. We want to make the LEGO brick more circular, but as a demonstrator of the circular economy in and of itself it’s a really powerful tool.

“The circular economy says you want to get metal and make a spaceship and then the spaceship you can melt down and make a car and then a can of Coke, and LEGO is a really great way of explaining that to kids. You can build a spaceship with LEGO then the same materials can be taken apart and build a car and it’s a good way to describe how we need to think about material use in general. So lots of different platforms and lots of things going on.”