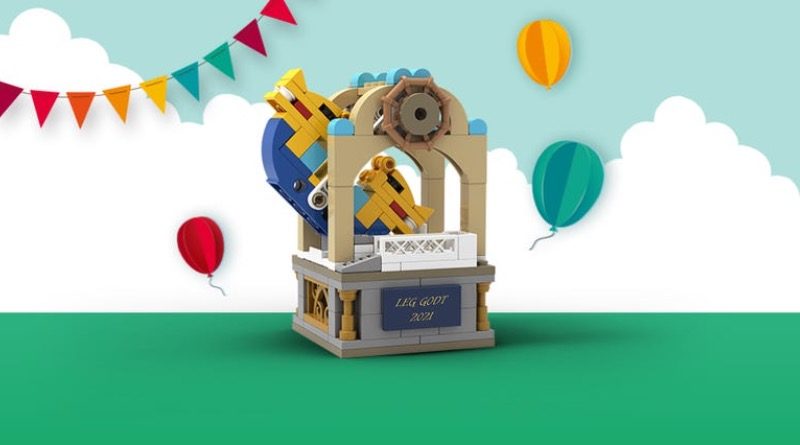 The once Asia-exclusive 5006746 Swing Ship Ride is now available worldwide with qualifying purchases at LEGO.com and in LEGO Stores.

You’ll need to spend £85 / $85 / €85 across any and all LEGO themes to nab the tiny fairground-themed promo, which may or may not be hinting at a future Fairground Collection set. (Remember, a cheaper entry in the long-running series is rumoured to launch later this year.)

The 152-piece model was originally available exclusively through LEGO Stores in China and at LEGO.com in South Korea, and only in very limited numbers. Time will tell how long stocks of the global launch last, but as with all GWPs, you’re better off buying sooner rather than later.

This version is actually slightly different to the one released earlier in 2021, however, as the ‘Happy Children’s Day’ tile has been replaced with a more universal ‘Leg Godt’, which is Danish for ‘play well’ (and the inspiration for the LEGO brand name).

5006746 Swing Ship Ride will be available with qualifying orders until June 30, or while stocks last. Fortunately, there’s plenty to justify a purchase at LEGO.com right now, including the newly-released LEGO Ideas 21327 Typewriter.