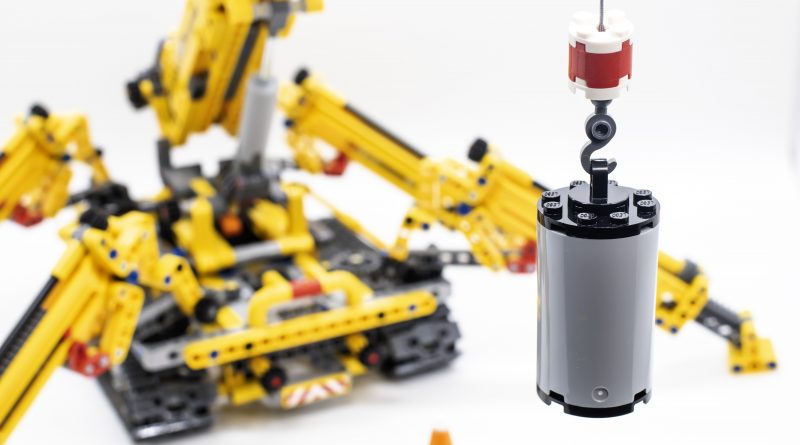 LEGO Technic 42097 Compact Crawler Crane continues a long tradition of LEGO cranes, but is it one of the great Technic representations of construction vehicles?

LEGO Technic 42097 Compact Crawler Crane contains all the parts needed to construct the towering yellow construction vehicle, complete with extendable outriggers, extendable boom, hoist and safety cones. There is one sticker sheet, one manual and – the bane of many a Technic fan’s life – unnumbered bags, meaning all 920 pieces have to be sorted out first. There are no new parts in this set but there are two parts in new colours; a yellow H frame and a yellow gear rack holder. 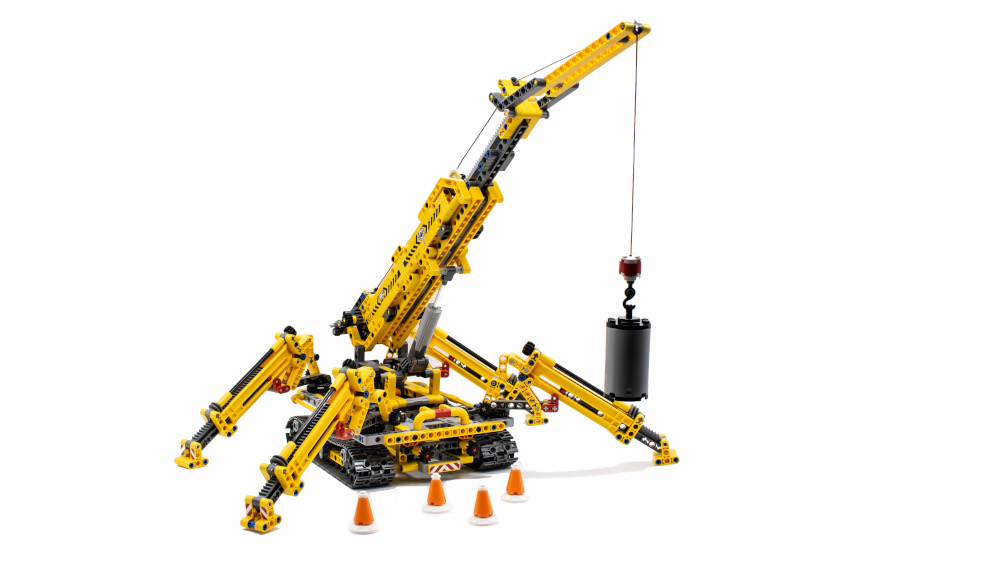 Throughout the 42 year history of LEGO Technic, cranes have been a common thread. Whether it is the monstrous 42082 Rough Terrain Crane or the entry level 9391 Tracked Crane, these types of vehicles have proved popular with fans. So it may come as a surprise that 42097 Compact Crawler Crane marks the first time a machine of this type has been released. A compact crane is designed to fit into places where regular cranes can’t go. As the name suggests they can fold down to an incredibly tight size before extending back out into a much larger machine. With all the mechanics, hydraulics and operations required to make these cranes work it seems the ideal piece of heavy machinery to be turned into a Technic set.

The build is split into three sub assemblies, the first being the chassis. Unusually it has very little in the way of gears or mechanics built within, so comes together quicker than fans might normally expect. There are a series of turntables built on top, which will eventually house the extendable boom and four outriggers but it’s still a fairly simple process. The next stages of the build however require slightly more complicated techniques.

The second stage of the build focuses on the extendable boom. A frame for the boom is built onto the central turntable of the chassis and the rest is built as a separate assembly. It’s the most involved section of the build, with five separate controls required to operate it. One lifts the base, one raises it, one extends, one rotates and one raises and lowers the winch. Once built and fully extended the boom arm stands at quite an impressive height.

The third stage is the most repetitive, requiring the four outriggers to be constructed, but also involves the most amount of gears and functionality. Three gears are required to operate each outrigger and deploying them all is quite a lengthy process, all but the keenest of Technic fans will find this a chore after the first time. A smarter design would have been to connect them to one main gear. Not only would it have made for a more technical build but would be a far more entertaining machine to watch in operation.

As with most Technic sets, stickers are used to add further details and there are a ton placed all over 42097 Compact Crawler Crane. Some are decorative, while others give instructions on how to operate each gear, both look fantastic and really enhance the look of the final model.

The fact that this is a Technic set that has never been done before should pique the interest of some fans but perhaps doesn’t offer enough of a challenge to appeal to everyone. It is still fun to play with and younger fans will no doubt get a kick out of all the moving parts – but it feels a lot flimsier than it should and it is hard to shake the feeling that this is a set that feels somewhat lacking.