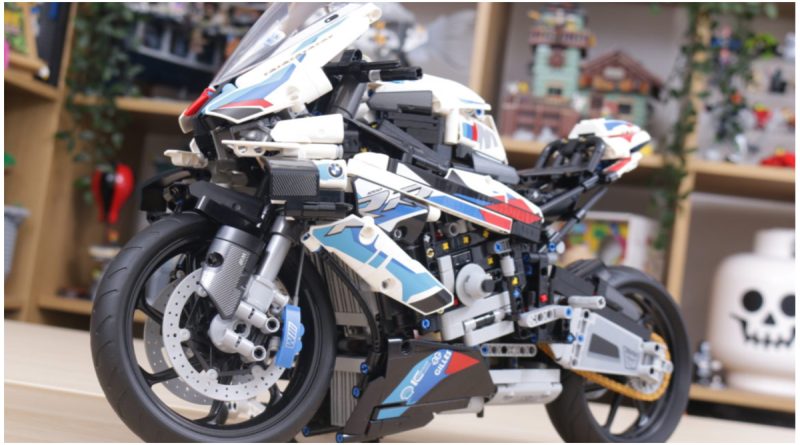 The LEGO Technic range comprises of trucks, cars, bikes, tractors and helicopters, but engineering is so much more than just vehicles.

Engineering: according to the dictionary, it’s ‘the branch of science and technology concerned with the design, building, and use of engines, machines, and structures’. Technic can be thought of as the engineering wing of the LEGO portfolio. Sure, anything that you build with LEGO bricks – just clipping two pieces together – is construction, and so could be called engineering. But Technic takes is so much further.

Technic, which is viewed by some as the dotty aunt of the LEGO family – it’s all very nice but we don’t really talk about it in polite company – is proper engineering. From the smallest sets that introduce people to the concept of rack and pinion steering and worm gears, to the behemoths that use hydraulics, pneumatics and more to create technological marvels.

However. When it comes to putting those engineering principles into a LEGO set, it seems that the design team only ever want to create vehicles. Take a look at the Technic page of the UK LEGO website and there are 42 products. Take out the handful of motors, hubs and battery boxes (and the long sold out Ferrari Daytona SP3 book – take it down, guys, it’s just mean leaving up there now) then every set is a vehicle of some description.

We understand that play value is important in a LEGO set, but Technic has a strong following among adults, and not every 40-something wants to drive a tractor across the carpet of swoosh a plane around the living room. For them it’s the challenge of the build and the educational value of understanding engineering concepts by seeing them come to life as they’re built.

A standalone engine. A gearbox (that isn’t buried away inside a supercar, never to be seen again). Automata. Charles Babbage’s Difference Engine. Okay that last one might be a bit of a stretch, but there are numerous ideas that Technic could be applied to that simply revel in the joy of engineering without needing to put four wheels or a couple of caterpillar tracks on them. How about it, LEGO Group?

3 thoughts on “LEGO Technic doesn’t have to be just vehicles, does it?”