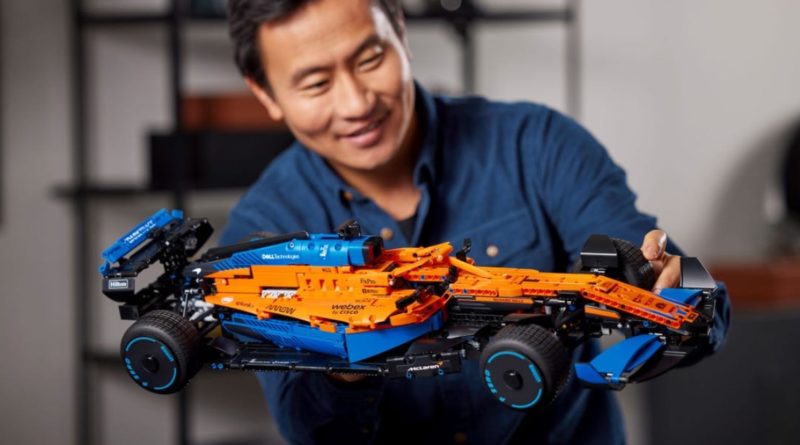 LEGO Technic 42141 McLaren Formula 1 Race Car launches next month, and we’ve got the answers to all your burning questions.

If you’ve already checked out our review, you’ve probably got a pretty good grasp on whether you should pick up the first licensed Technic Formula 1 car when it arrives on March 1. But if you don’t have time to read every word of our detailed verdict, or you still have a few pressing questions before jumping down off the fence, we’ve got you covered.

Is it for Technic newcomers?
Probably not. While it’s not as complex a build as 42130 BMW M 1000 RR, for example, it’s a challenge. Get a few sets under your belt first, then take the McLaren for a spin.

It’s a Technic set, so it’s got lots of stuff to fiddle with, right?
Normally a Technic set of this size and cost would have a number of functions, but in this case it’s more of a display piece than a set to be played with.

Will it fit on my shelf?
It will if you have particularly large shelves. This is a 65cm-long set and demands a sizeable display location. You will want to display it though.

Some Technic sets are just ‘approximations’ of real-life vehicles. Is this one of those sets that’s actually a bit ugly?
No. This is a stunning set that will draw admiring glances from people, whether they’re F1 fans or not.

I’m terrible at putting stickers on straight. Is that going to be a problem?
You may wish to look elsewhere for your next LEGO set, or outsource the sticker placement to a friend or family member with steady hands. The stickers are an integral part of the set, and there are a lot of them.

I’m having trouble justifying the cost to myself (or someone else). Any tips?
You can definitely play the educational card. There are elements of this set, like the double wishbone suspension, that are so detailed they’re not just a toy, but plastic engineering.

You like it then?
Yes. We like this set. A lot. Check out our full review for more reasons why.