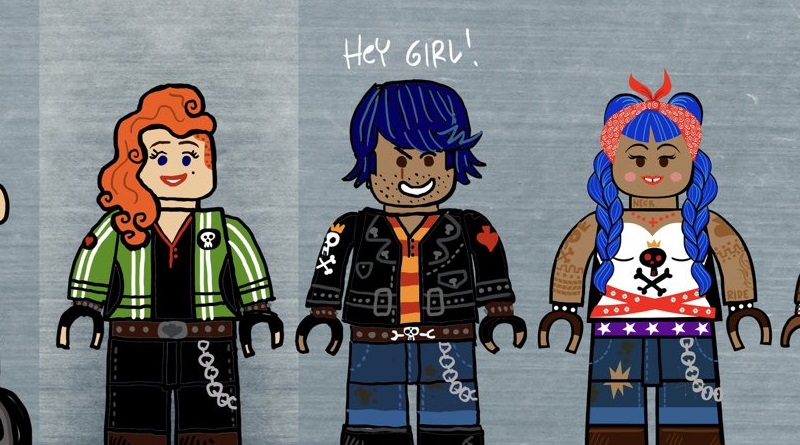 Concept art for The Billion Brick Race, an unmade LEGO movie that was in pre-production following the success of The LEGO Movie, has been shared online.

After the success of The LEGO Movie, multiple sequels and spin-offs were put into pre-production, with The LEGO Batman Movie, The LEGO NINJAGO Movie and The LEGO Movie 2: The Second Part making it to the screen. Others, such as The Billion Brick Race, never made it past the early development stage.

Initially, the film was intended for a May 2019 release when it was set to be directed by Drew Pearce from a script he co-wrote with Jason Segel. The Book of Life director Jorge R. Gutiérrez was then attached as director before parting ways with the production team. He has now shared a look at the character designs for the film on Twitter.

He revealed some of the inspiration for the film, suggesting that it would have been just as layered as the other LEGO movies:

The film I wanted was a racing film about race, privilege and gentrification with references to all my favorite 80s and 90s cop and action movies.

Gutiérrez also explained his reasons for departing the project:

I left the film in 2018 when I didn’t think it was going to get made. These days time is precious to me so if I don’t think something is going to go I leave instantly.

After disappointing box office for The LEGO Movie 2: The Second Part and The LEGO NINJAGO Movie, Warner Bros. is stepping away from the franchise, with Universal taking over production of future films.