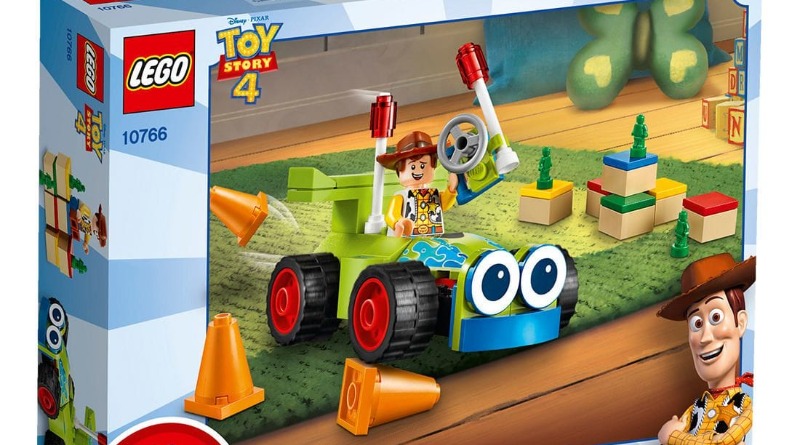 Tomorrow’s a big day for licensed LEGO fans, with brand new Toy Story 4 and Spider-Man: Far From Home sets all hitting store shelves. Until now, we’ve only had placeholder box art for the Pixar sequel’s tie-in sets, but thanks to Target Australia (h/t TheBrickFan), we’ve finally got the official artwork.

There are six sets in this wave, all carrying the “4+” branding that replaced the Juniors line this year. Four of the sets were first revealed at New York Toy Fair in February, with two more found on store shelves earlier this month – weeks ahead of the street date.

You can check out the box art for the six sets below. None of them will break the bank, with the most expensive – 10770 Buzz & Woody’s Carnival Mania! – topping out at $49.99. And even if the younger-skewing builds don’t appeal, the minifigures probably will.

Instead of the specialised moulds introduced for the original Toy Story theme in 2010, these use traditional minifigure parts, following in the footsteps of the Disney Collectible Minifigures. Among the characters included in the six sets are Woody, Buzz Lightyear, Jessie, Bo Peep, Rex, and the three-eyed alien.