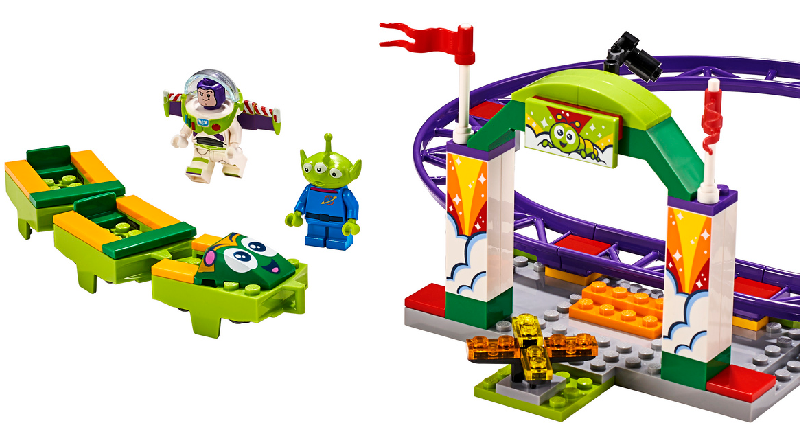 This year will see the return of the LEGO Toy Story theme on April 22 ahead of the release of Toy Story 4, giving fans the opportunity to build sets based on the new film. At New York Toy Fair, four of the new sets were displayed for the first time.

Now, official product images have been shared that show the sets in nice, clean product shots. 10770 Buzz & Woody’s Carnival Mania! was shared this way a few days ago.

10766 Woody & RC features two core characters in a small and simple set, while 10769 RV Vacation shows a mixing of scales – Jessie, Rex and Alien are included along with a caravan and cabin. 10771 Carnival Twist Coaster makes use of the coaster track parts for a simple set.

All of the new sets are 4+ releases, designed for young builders.

A selection of images were also released showing the new LEGO Star Wars sets that were revealed at New York Toy Fair.