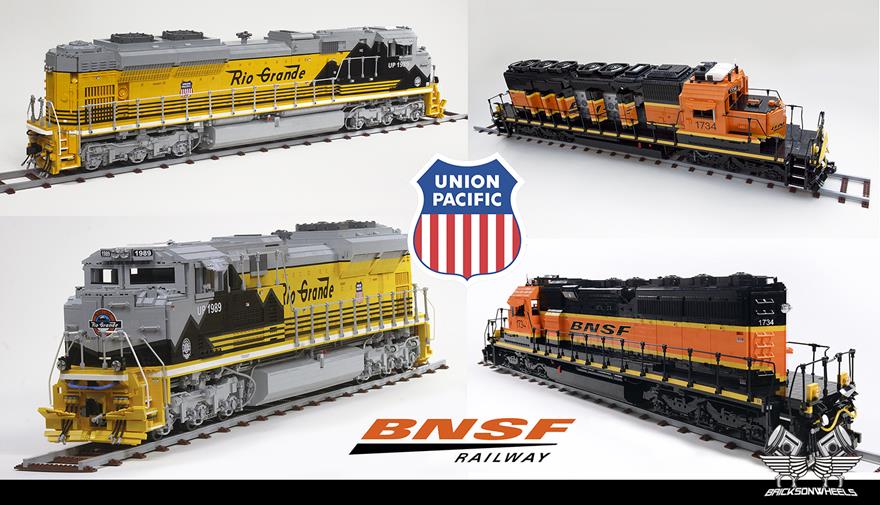 News is quiet today and it actually gave me a chance to have a look in our Flickr group to see what people have been building of late and boy their is some impressive builds. Will try and get as many as featured as possible but soon as I say that it means there will be a ton of news coming.

Before that happens I want to showcase the latest work of Dutch builder Bricksonwheels. Here is his description of his build:  “Union Pacific and BNSF are the two major freight railroads in the USA. I made a 1/16 scaled locomotive model dedicated to each of them, constructed fully out of Lego bricks. The BNSF locomotive is an EMD SD40-2; representing the seventies and eighties. The Union Pacific EMD SD70ACe “Rio Grande” Heritage Unit represents the modern era of diesel locomotives. Together they consumed close to 50000 Lego bricks, and coupled would be over 68 inches long!”