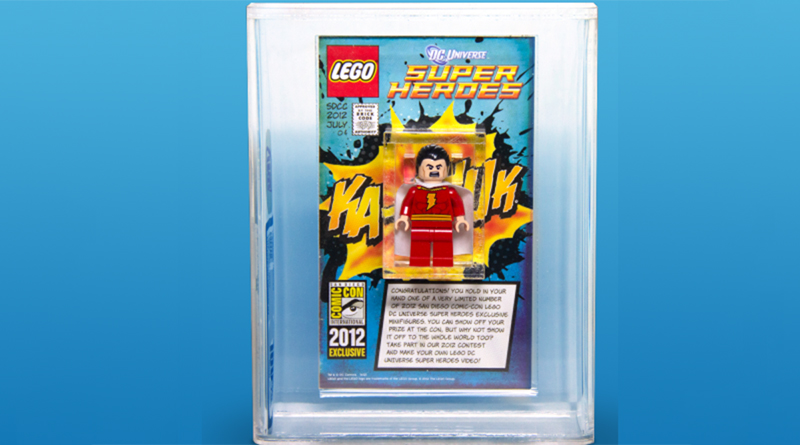 The LEGO VIP Reward Centre is offering the first minifigure sweepstake, with the 2012 San Diego Comic Con Shazam! minifigure going to the winner.

Those who, seven years ago, missed out on going to San Diego Comic Con to get the LEGO DC Shazam! minifigure are now in with a chance to own it. The rare minifigure is being given away in a draw at the LEGO VIP Reward Centre, with entries costing 50 points.

Back at San Diego Comic Con in 2012, a Shazam! minifigure was the limited edition exclusive. The competition is running until March 2. VIPs can enter up to 15 times, with the winner to be drawn at random. To check it out, fans simply need to login to the VIP Reward Centre at LEGO.com.

Following the Shazam! draw, there will be more sweepstakes, including draws for a signed Star Wars minifigure and an exclusive Marvel character.