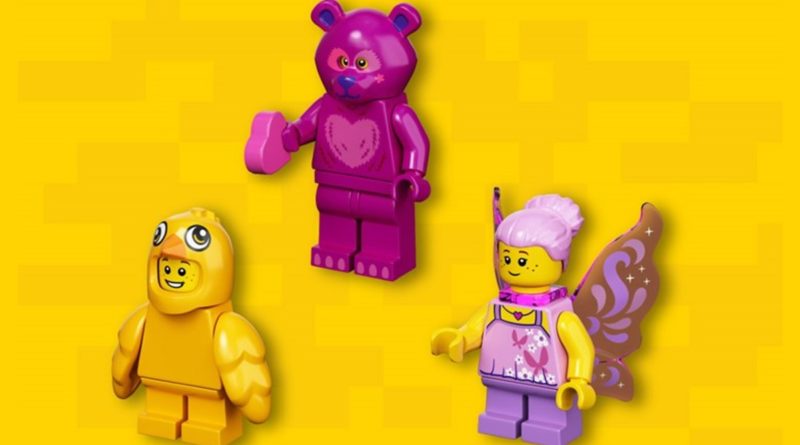 The February trio of Build a Minifigure character options have been revealed as LEGOLAND Japan details the park’s plans for the month.

As part of LEGOLAND Japan’s February retail plans, an image of the Build a Minifigure options for next month has been revealed, although it is unclear if this is just for the region or if these will be the same around the world.

The image depicts three minifigures including one wearing a pink bear costume featuring a heart pattern on the torso and holding a small heart-shaped brick. The second is dressed in a chick outfit with large eyes staring in two directions.

The final minifigure includes a piece first introduced for LEGO VIDIYO, marking its debut outside of the theme, which will soon be discontinued. The element in question is a pair of fairy wings worn by a younger minifigure with pink hair.

A description alongside the image states that they will be available in LEGOLAND Japan from February 14, though they might be available near that time in LEGO stores around the world, following previous releases.

Provided these three minifigures arrive outside of Japan, they won’t be the only new releases in February as another Seasonal set and the latest Harry Potter wave are scheduled to launch at the start of the month.