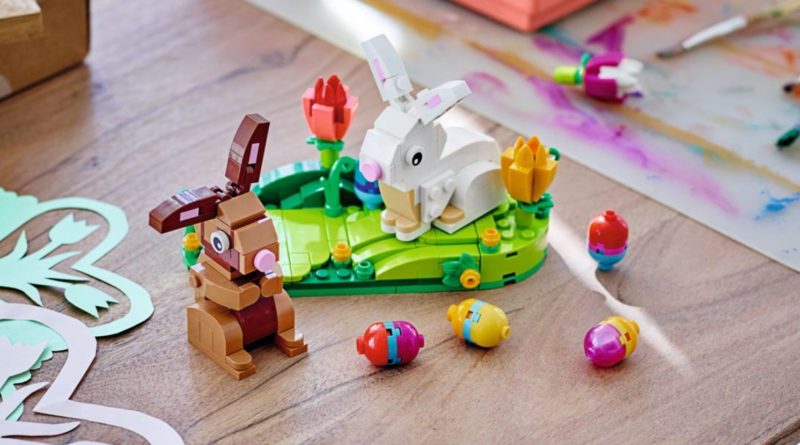 The next LEGO Seasonal set has been officially revealed as 40523 Easter Rabbits Display with the first details of price and release date.

40523 Easter Rabbits Display has been added to LEGO.com ahead of its planned launch day of February 1, lifting the curtain on its price and giving us a better look at the build thanks to a gallery of images.

As is evident by the name, the upcoming model is based on Easter with a pair of rabbits sitting on a grassy patch filled with flora and colourful eggs. The set was previously spotted on the back of the box for 40522 Valentine Lovebirds and shares design choices such as the inclusion of two animals and the shape of the base.

Unfortunately the back of the box does not reveal which Seasonal model will follow this, should any be planned like they were in previous years, though this may be to keep it a surprise until it is added to the official online store.