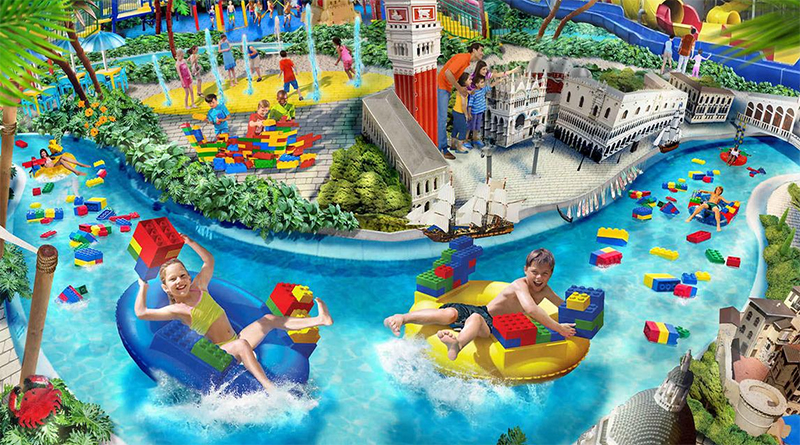 After a hefty delay caused by the COVID-19 pandemic, a new opening timeframe has been announced for Europe’s first LEGOLAND Water Park in Gardaland.

Aldo Maria Vigevani, CEO of Gardaland has announced a new opening timeframe for the LEGOLAND Water Park, a new zone at the theme park, according to a report by Napoli Magazine.

The new water park was due to open last year, May 28 but due to circumstances beyond the theme park’s control, the opening was delayed indefinitely. Thankfully, there might only be a couple of months to wait until this new LEGOLAND park is making waves.

LEGOLAND Gardaland will feature several areas with guests entering under a giant LEGO wave and seeing a Miniland at the front of the park. Travelling past this miniature Italy is a lazy river where guests can construct their own LEGO raft as it loops around the area.

Other themed zones include the Beach Party, DUPLO Splash, Jungle Adventure and more. There will even be a Creation Island with a LEGO sandcastle to decorate and a ship-building area where your creations can travel down some wild rapids.

LEGOLAND Water Park Gardaland, the first of its kind in Europe, is reported to be ready to open in mid-May, with the rest of the theme park set to open at the end of April. However, it should be noted that these dates are subject to change as the ongoing situation develops across the world.