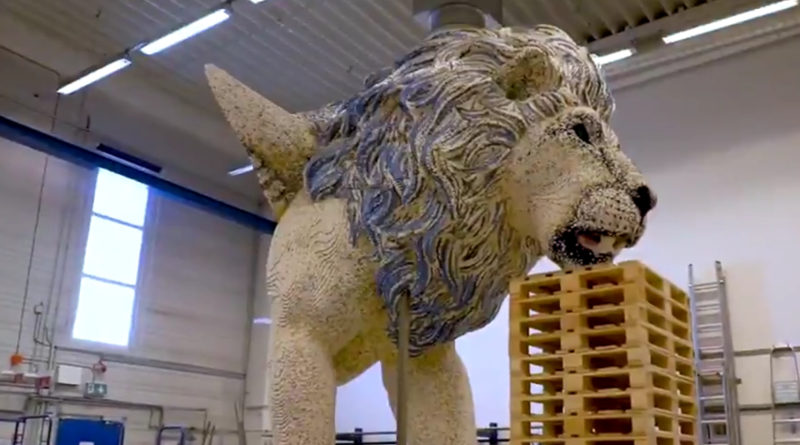 The LEGOLAND Windsor Resort will soon feature a 600,000-piece Sky Lion build as part of the MYTHICA expansion, and a new video is showcasing the intense build process.

The team at LEGOLAND Windsor recently revealed a flurry of new details for MYTHICA, the new land for 2021 that will, amongst several new attractions, house one of the resort’s biggest models yet.

Maximus the Sky Lion is the star of MYTHICA’s new ride, which will be the first of its kind in the UK. To help guests to find their way to the experience Maximus will be standing outside the ride in all his brick-built glory.

Visit Windsor’s Twitter account recently shared a timelapse video showing the build process of the model, which is made up of 685,530 pieces and weighs 1,520 kg. 15 model makers worked for 3,000 hours on the behemoth of a build, but even at such a huge size, it’s only a small portion of the winged creature.

You might notice that the model is cut off at the shoulders, with just the edges of the wings poking out. This is because the build will be displayed as to appear halfway outside of the flying theatre attraction, with the wings spread out across the octagonal building.

LEGOLAND Windsor’s MYTHICA land will open May 29, or as government guidelines allow. The expansion will include several huge models of mythical creatures both new and old, including a menacing Chimera. 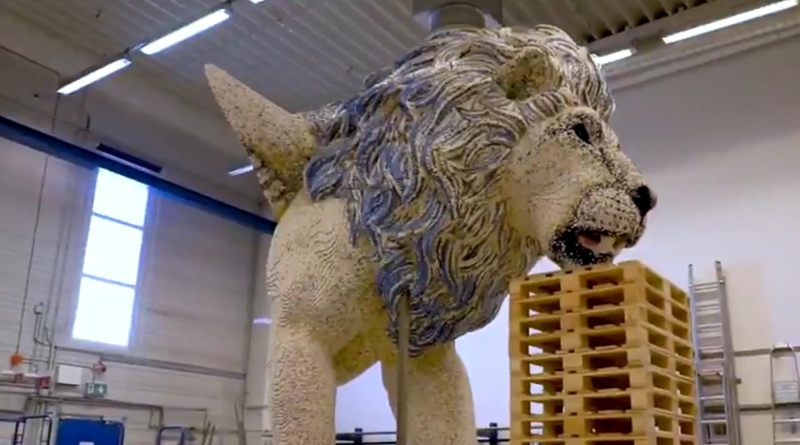