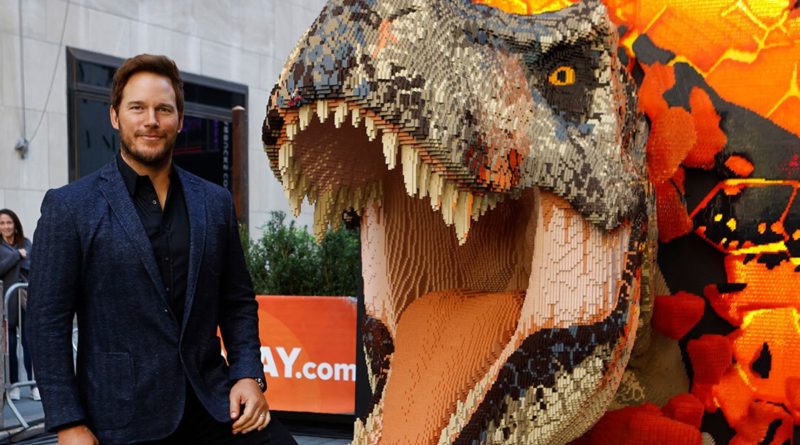 To prepare for the release of Jurassic World: Dominion, a giant LEGO model has been unveiled and Chris Pratt has gone hands-on with the build.

Those visiting the Rockefeller Center in New York soon can find a massive T. rex head made of over 200,000 LEGO bricks on display as the LEGO Group partnered with Universal Pictures to create the model for the movie.

Over on Instagram, Chris Pratt shared his impressions of the build including him being scolded by staff for attempting to climb inside the sculpture. Thankfully, nothing was damaged and the social media accounts for the LEGO Group and Jurassic World Dominion had some fun with the mistake in the comments.

Those planning a trip to the Rockefeller Center to visit this model soon can also head into the flagship New York LEGO store nearby, which might have changed since you last visited after its refurbishment to incorporate an all-new shopping experience.

As well as this statue, you can prepare for the release of Jurassic World Dominion on June 10 with the recently-released range of LEGO sets.