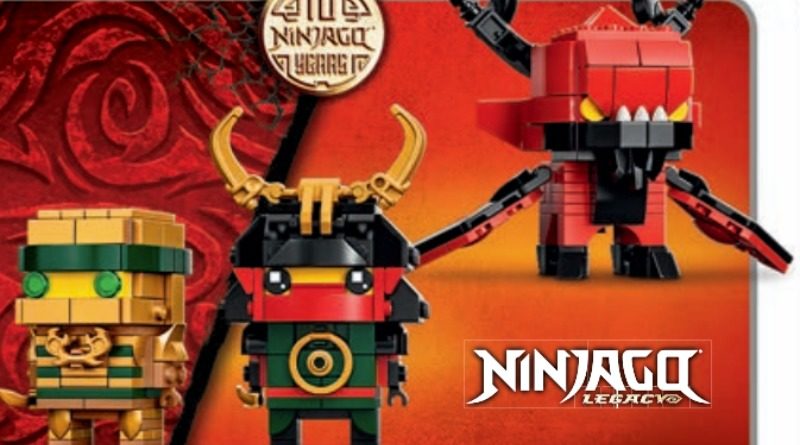 The LEGO Group has confirmed that the LEGO NINJAGO 40490 10th Anniversary BrickHeadz will likely be available for longer than June.

Originally announced as a purchase-with-purchase promotional product for June, now the LEGO Group has confirmed via the LEGO Ambassador Network that any extra stock will be available to purchase at full price, likely to be $24.99. Shoppers can buy them online from official stores as well as in brick-and-mortar shops.

During the promotion, they are available for $10 with any LEGO NINJAGO purchase over $85, only in stores. Any BrickHeadz collector who wasn’t keen on spending that amount of money on other sets will be glad to know they can now complete their collections at a lower cost.

The BrickHeadz will feature three LEGO NINJAGO characters: Golden Lloyd, Nya Samurai X, and Firstbourne Dragon. Each one has its own unique design and colourful characteristics that distinguish them as recognisable figures from the franchise.

The trio of BrickHeadz have been released as part of the LEGO Group’s celebrations for 10 years of LEGO NINJAGO, producing 160 episodes, more than 250 LEGO sets, and one movie.

It’s not confirmed yet whether the promotion or this regular purchase offer will be available outside of the United States, but we’ll be sure to keep you updated when there’s any news either way.