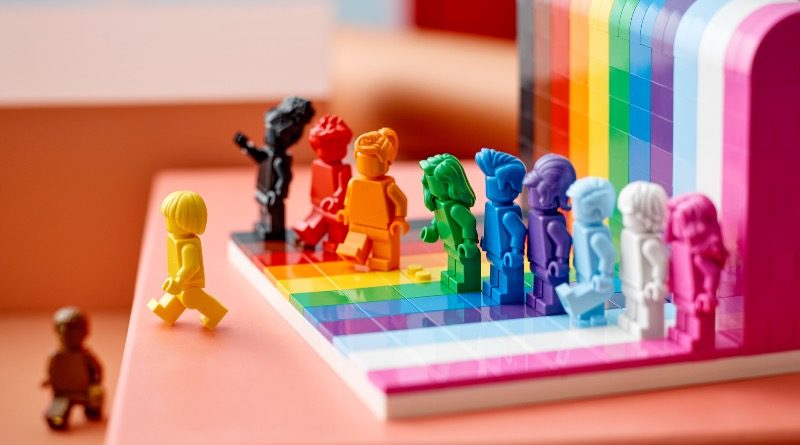 The LEGO Group’s Vice President of Design Matthew Ashton has explained what the newly-revealed 40516 Everyone is Awesome means to him through the lens of a designer video.

While most of the company’s designer videos talk through the specific challenges involved in bringing a particular set to life, the clip for 40516 Everyone is Awesome – the LEGO Group’s first set to celebrate the LGBTQIA+ community – instead dives into how the model represents a very personal journey for Matthew.

“When I was growing up there was a little bit of teasing and bullying from other kids, but I think one of the things that affected me quite a lot was that some of the adults around me were really trying to push me to be what I wasn’t,” he says. “I was quite effeminate as a kid and was constantly being told, ‘Man up, toughen up, stop being such a sissy.’

“Just looking back on my own childhood or my own period of coming out, if I’d had somebody alongside me who gave me something like [40516 Everyone is Awesome], like, ‘This is a token of how much you mean to me, I’m there for you, and I’m here to support you,’ it would have meant so much to me.”

Hit play on the video above to hear Matthew explain not only why he felt driven to bring 40516 Everyone is Awesome to the LGBTQIA+ community and fans around the world, but also how we can learn from kids to create a more inclusive society. And, of course, take in a few design insights (it is a designer video, after all).

“We’ve purposely designed this set to be very sort of simple and eye catching and something that people will hopefully be very proud to display in their homes,” Matthew says. He also explains again how he originally built the set to display on his desk, and reveals how he tried not to gender each of the monochromatic minifigures.