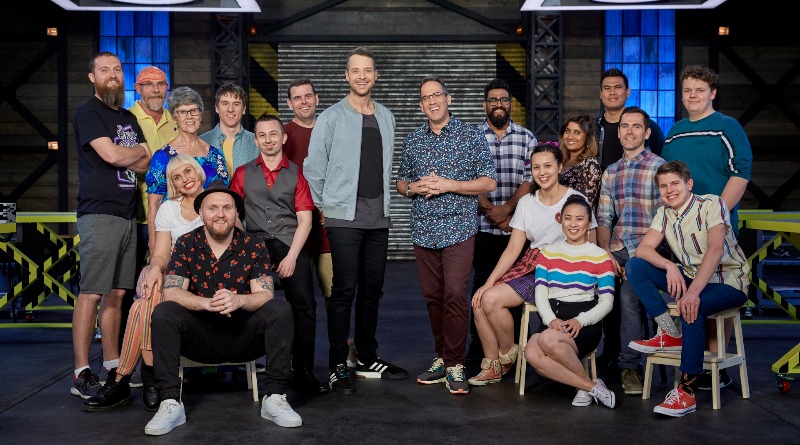 The first LEGO MASTERS spin-off is nearly here, so it’s time to meet the eight pairs of builders who’ll be vying for the Australian LEGO crown.

In case you missed this morning’s news, the series kicks off on Sunday April 28, and will be hosted by comedian Hamish Blake and judged by LEGO Certified Professional Ryan McNaught. As with the original British series, the contestants are a mix of friends, relatives, colleagues and couples.

Here’s who you can look forward to seeing on your TV screens for LEGO MASTERS Australia.

David & G
These colleagues have amassed an impressively large LEGO collection between them, and their mechanical backgrounds should boost their chances on the show.

Henry & Cade
These dads have impressive LEGO accolades to their names, including Cade’s Guinness World Record for the world’s largest LEGO caravan.

Jordan & Miller
Best friends Jordan and Miller met as kids, but they’re still hanging out at university, injecting some youthful energy into the Brick Pit.

Bilsy & Kale
Colour us green with envy: Bilsy has his own LEGO room, while Kale makes a living selling photos of his builds. Watch out for this pair.

Marielle & Kaitlyn
Expect to see a focus on aesthetics from this pair of designers, who love celebrating the colourful side of LEGO.

Matt & Lyn
This grandmother and grandson duo have been building together for most of Matt’s life – since he was toilet training, in fact.

Dinushi & Gayan
As best friends, neighbours and colleagues, these avid builders do everything together – including competing on LEGO MASTERS.

The eight teams will compete across nine episodes, with one team facing the axe each week in the build-up to the final. To find out more about LEGO MASTERS, check out the extensive Brick Fanatics coverage of the first two UK series. A third series is currently in the works for Channel 4.