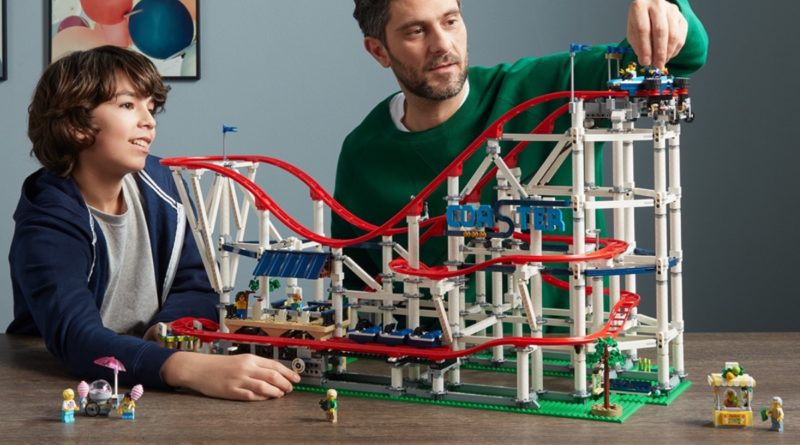 More details have surfaced on the rumoured LEGO Creator Expert 10303 Roller Coaster, suggesting its final piece count may be a little smaller than its predecessor’s.

2018’s 10261 Roller Coaster packs in 4,174 pieces and originally retailed for $379.99 in the US, but the follow-up to that Fairground Collection set – which was first rumoured back in February – has always been said to come in at just $349.99, shaving a full $30 off the price tag. For that to be possible four years on, the assumption has been that the new set will be smaller in size and piece count.

Promobricks has now published a rumoured piece count for 10303 Roller Coaster – which may not be its final product name – and it seems to align with those suspicions at 3,756 bricks. That’s 418 fewer elements than were included in 10261 Roller Coaster, although the reported unique selling point of this newer version suggests it will be no less ambitious.

According to initial rumours around the LEGO for Adults set, which have now been corroborated by Promobricks, the new roller coaster will apparently feature a loop – arguably the only thing missing from the last version.

We already know loops are on the LEGO Group’s mind through this summer’s 60338 Smashing Chimpanzee Stunt Loop and 60339 Double Loop Stunt Arena, so it doesn’t seem completely out of the question – even while a coaster would require very different pieces, presumably fitting in with the existing track system used for the last roller coaster and myriad other LEGO sets over the past few years.

For the moment, all details around 10303 Roller Coaster are up in the air, but it was originally slated for release in May or June 2022 – which means we could see an official reveal any day now.