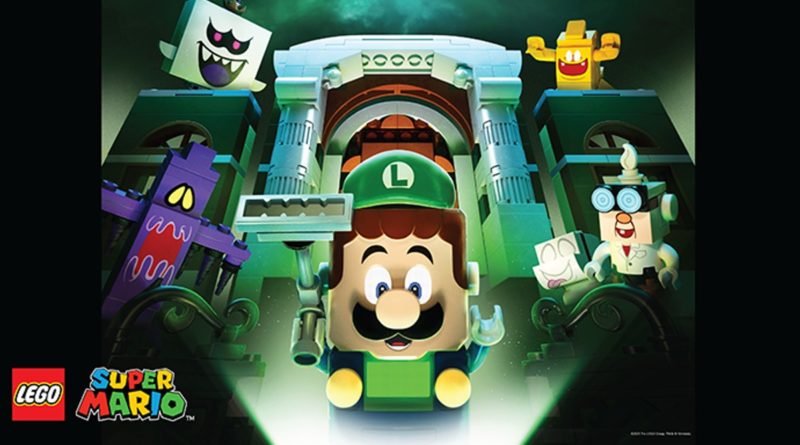 To herald the incoming launch of the LEGO Super Mario Luigi’s Mansion and beachfront 2022 models, new VIP rewards have been launched.

Following the original selection of My Nintendo and LEGO VIP rewards, the two programs have teamed up again to celebrate the incoming launch of the 2022 LEGO Super Mario sets, including a subtheme based on Luigi’s Mansion.

Three sets inspired by the game series are due to arrive on January 1, 2022, including the largest 71401 Luigi’s Mansion Haunt-and-Seek, including the villainous King Boo. To promote the release, The LEGO Group have made three new items available on the VIP Rewards Centre, consisting of two wallpaper packs and a sweepstakes with a huge prize.

Included in the LEGO Super Mario Sweepstakes is 71387 Adventures with Luigi Starter Course, 71360 Adventures with Mario Starter Course, 71401 Luigi’s Mansion Haunt-and-Seek, 71399 Luigi’s Mansion Entryway, 71397 Luigi’s Mansion Lab and Poltergust, 71377 King Boo and the Haunted Yard Expansion Set, 71369 Bowser’s Castle Boss Battle Expansion Set and 71380 Master Your Adventure Maker Set. It costs 50 VIP points per entry up to a maximum of 50 times and you can enter again via My Nintendo for 10 platinum coins up to three times.

The wallpapers include new key art for LEGO Luigi’s Mansion, with the digital controller figure equipped with the Poltgergust 3000 and standing in front of 71399 Luigi’s Mansion Entryway, surrounded by characters featured in the sets.

You can redeem your points towards these rewards now while you wait for the LEGO Super Mario 2022 models to launch on January 1, 2022. Unfortunately, no free VIP points are being offered like in the first round of rewards.