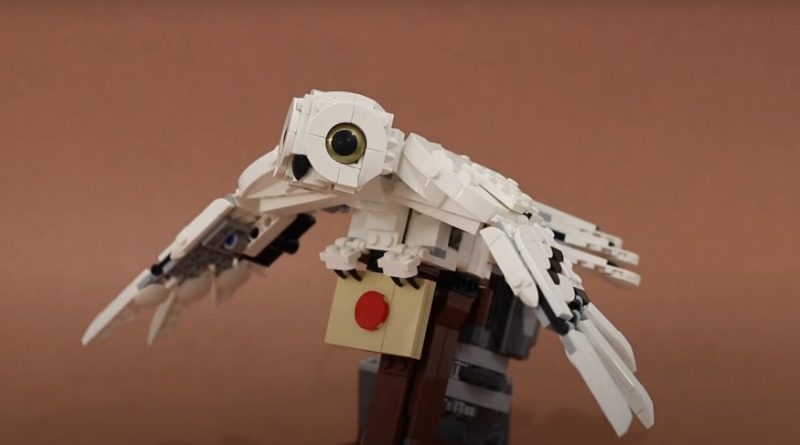 LEGO engineer extraordinaire Jason Allemann has automated his copy of LEGO Harry Potter 75979 Hedwig, and the results are magical.

The brick-built sculpture of the boy wizard’s pet bird launched this summer, bringing something different to the Wizarding World line-up. With the turn of a crank, you can flap Hedwig’s wings in a realistic and natural motion. The set earned high praise in our review, and even spent some time in our Top 20 LEGO Sets List.

For Jason, though, LEGO Hedwig still had room for improvement. Before motorising the owl, then, he decided to make a couple of minor modifications. Helpfully, he also documented the entire process in a YouTube video, so you can follow along at home.

“I’m not too keen about this hyper-extension of the elbow,” he begins. “Birds’ wings don’t really bend that way. The other thing is the way the wings fall down abruptly after the transition from being lifted to being lowered. It’s a little bit jerky.”

Jason then talks through the set’s mechanism, and his modifications to make the wings flap a little more smoothly. And they’re deceptively simple: all you need to is swap a pair of pins and replace a bushing in each wing.

Finally, the kinetic expert reveals how to motorise Hedwig using a Power Functions M-Motor. And if you’re yet to pick up what’s arguably the stand-out set from this summer’s Harry Potter wave, seeing Jason’s copy move on its own is probably ‘owl’ the motivation you’ll need.

For more detailed instructions for the motor pack assembly, check out Jason’s website. And for more videos on making LEGO sets move, subscribe to his YouTube channel, JK Brickworks.