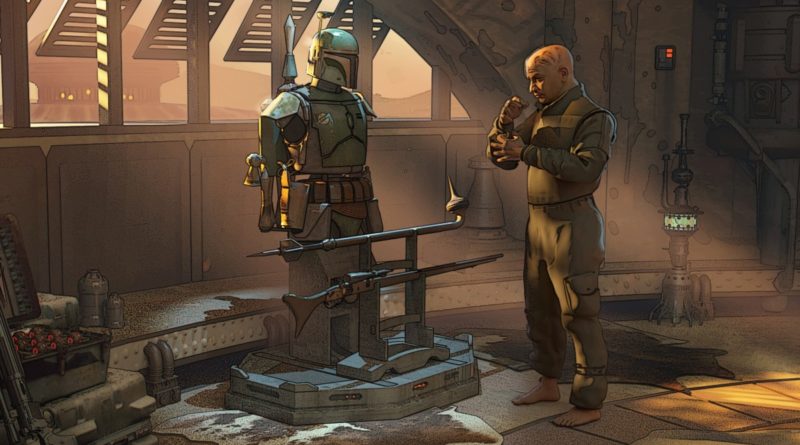 Ahead of the next episode of Star Wars: The Book of Boba Fett later this week, concept art for the first instalment has been revealed.

The Book of Boba Fett is streaming now as the newest series based in the familiar galaxy far, far away and focusing on the events of the legendary bounty hunter after the events of The Mandalorian. The second chapter arrives soon, and to prepare us for the arrival, new concepts for the show’s initial part have been shared.

Anyone who has yet to watch the first episode will want to click away now as the other three designs contain spoilers, with the featured image above being taken from the very start of the episode and not revealing anything that might ruin the narrative.

The artwork helps to visualise how the show will be exploring the world and urban areas of Tatooine, including Mos Eisley, more than the movies before it and may offer an idea for what the LEGO designers could draw inspiration from in the future considering the multiple recreations for The Mandalorian. Already, an entirely new cantina named The Sanctuary has been detailed as well as a wider shot of the massive city built in and around a canyon.

Although the LEGO Group has yet to reveal whether or not there are plans to support the release of The Book of Boba Fett with official sets, rumours suggest that two models are on the way including for the claimed palace.