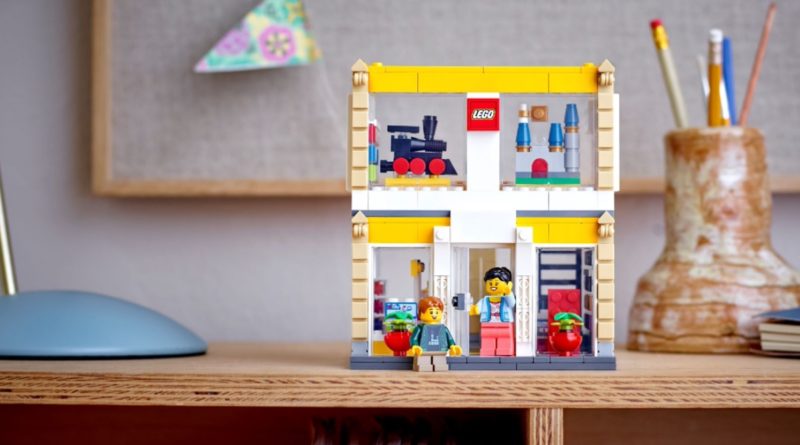 It’s time to get meta: a new LEGO Brand Store set is landing on LEGO Store shelves next month, and this one won’t be a gift-with-purchase.

The LEGO Group has long given away tiny versions of its own stores at opening events over the past few years, and introduced a new iteration as recently as the beginning of this year in 40528 LEGO Brand Retail Store. Their exclusivity has made them pretty difficult to come by for the general consumer, however – but it looks like that’s all about to change.

Or it is where any model of a LEGO Store is concerned, because while the specific sets created as GWPs for store openings will remain exclusive, the LEGO Group has at least cooked up a brand new version to be sold at retail. 40574 LEGO Brand Store has just popped up on LEGO.com, and will be available to purchase from August 1.

The 541-piece set builds into a two-level store – perhaps reflective of the company’s flagship brand stores, such as those in Leicester Square and New York – and includes all the hallmarks of any LEGO Store, from a Pick-a-Brick wall and window display models to a Brick Pit and tiny LEGO boxes. Look closely, and you’ll spot a few familiar Technic, Creator, Friends and even Ideas sets in the mix.