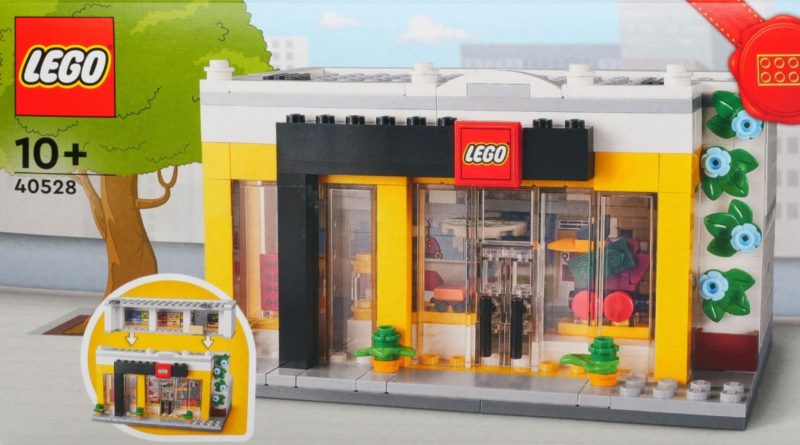 The first images of 40528 LEGO Brand Retail Store – expected to be a gift-with-purchase at LEGO Store openings in 2022 – have landed online.

Brickset has published an early review of the boxed freebie, which is said to be replacing 2015’s 40145 LEGO Brand Retail Store as the customary gift with qualifying spends at new LEGO Stores next year. This latest version drops the brick-built Brickley dragon across the front of its predecessor, presenting a more modern yellow-and-black façade.

The back section of the build lifts away to reveal a detailed interior, complete with 17 separate stickered LEGO boxes that represent real-life sets, including 10267 Gingerbread House and 42115 Lamborghini Sián FKP 37. There’s also a Pick & Build wall, an oversized 40501 The Wooden Duck, a counter with tills and a wall of video screens.

While the LEGO Group apparently hasn’t confirmed the availability of 40528 LEGO Brand Retail Store, it’s likely that you’ll need to spend £125 / $125 / €125 during the opening event for a new LEGO Store. That may make it pretty hard to come by, so you may find it easier (if more expensive) to track it down on the aftermarket once it’s out in the wild.