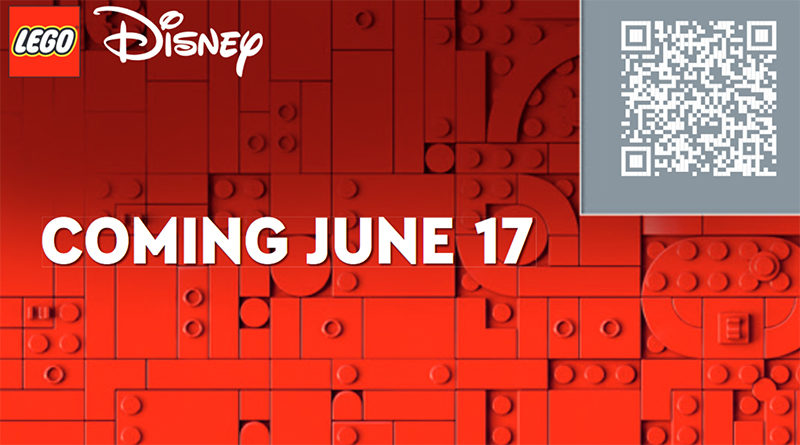 At least one new LEGO Disney set, seemingly targeted at adult fans, will be released on June 17.

The LEGO US summer catalogue is teasing at least one new Disney set for June 17, which based on the graphic will be targeted at adult fans. Bricks from a plan view are used on the borders around the new adult packaging design, suggesting that this new release will follow 71040 Disney Castle and 71044 Disney Train and Station in targeting the ‘grown-ups’.

With no further hints as to what the set or sets might be, fans can only speculate – or search for information that the LEGO Group may have allowed to slip out. Theme park fans may not get the Big Thunder Mountain, Space Mountain or Main Street sets they were hoping for.

43180 Belle’s Castle Winter Celebration recently expanded the LEGO Disney theme, as the only new set released in the theme. As a 4+ set, it is very basic in it construction but does include most of they key characters from the classic Disney animated film – Belle, Beast, Lumiere, Cogsworth, Mrs Potts, Chip and Wardrobe.