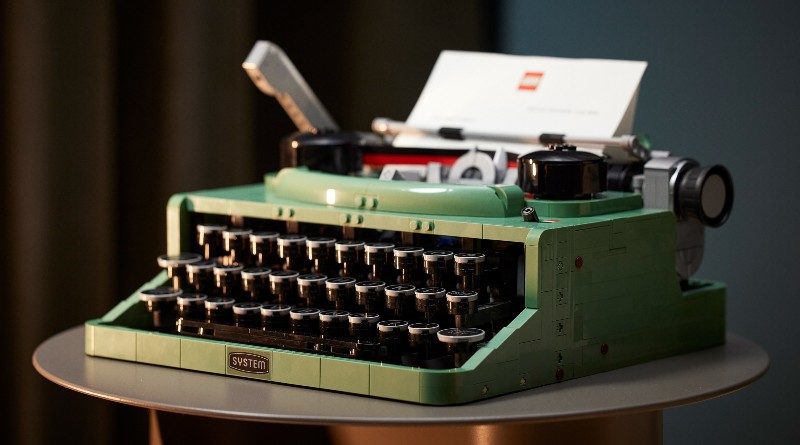 The latest set from the LEGO Ideas theme has been revealed with 21327 Typewriter ready to impress wordsmiths thanks to its many functions and unique inclusions.

Following a typed teaser, the full reveal of 21327 Typewriter is here showcasing Steve Guinness’s LEGO set after a lengthy period on the platform. This particular model measures 12cm high, 27cm wide and 26cm long, making it a scale model of a real typewriter that features all the same functions too.

From a centre typebar to a platen roller, the LEGO Ideas 21327 Typewriter has everything a wordsmith needs and even includes a finished letter from the LEGO Group’s chairman and fourth-generation owner Thomas Kirk Kristiansen. You can take a look at the set for yourself below, or dive into a more thorough gallery of images.

“I wanted to create something totally different from anything that the LEGO Group has ever done before, and showcase that you really can make anything out of LEGO,” said fan designer and LEGO MASTERS winner Steve Guinness. “I bought a vintage typewriter for my research and then played around with bricks and the mechanism until I was happy with the design.

“I hope it will bring nostalgia to adult fans like me, and wonder and curiosity to younger fans who might not have ever seen a real typewriter!”

“It’s not hard to see why the vintage typewriter has such enduring appeal, and Steve’s incredible replica is a thoroughly worthy LEGO Ideas success story,” commented Federico Begher, VP of Global Marketing at LEGO Group. “For many, the escape from the connected world to the simplicity of the typewriter is a similar experience to the mindful process of building with LEGO bricks.

“Here, we have a LEGO set that combines these two worlds seamlessly and like its real-life counterparts, is something LEGO fans will be proud to display in their homes.”